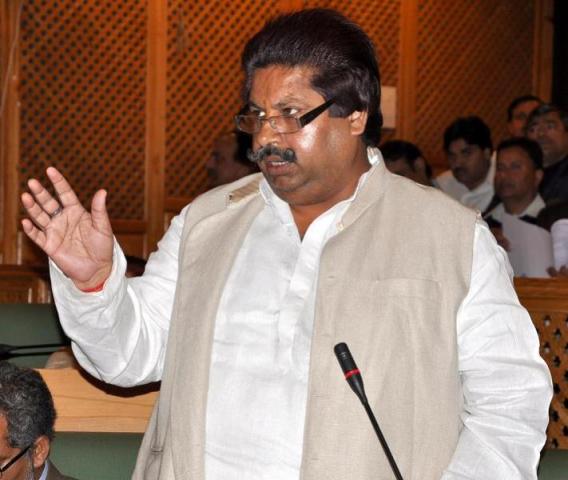 Srinagar, October 09 (Scoop News) – J&K Minister for Revenue,  Raman Bhalla today informed the Legislative Council that those POK displaced persons, who chose to settle in rural areas of the State in general and Gole Gujral in particular, have been provided State Land as well as Evacuees’ land as per the scales mentioned in Cabinet Order NO: 578-C of 1954 May 7, 1954.

However, those who wished to settle in urban areas were provide residential quarters/plots, he said.

Replying to a question of  Ajay Sadotra in Legislative Council today, the Minister said that those POK displaced Persons who were allotted State land in different regions of the State in general and Gole Gujral in particular, have already been conferred with proprietary rights under 254-C of 1965. He clarified that only those POK Displaced persons who were allotted Evacuees’ lands have been conferred with occupancy rights as per Section 3- A of the J&K Agrarian Reforms Act, adding that there is no proposal, with the government for conferring them with proprietary rights in view of legal binding existing in the J&K Evacuees’ (Administration of Property) Act, Samvat, 2006.

A comprehensive plan of Rs. 20 crore for rehabilitation of 2000 families of 14 border villages of Nowshera-Rajouri has been formulated and is under consideration of Home Department, said Minister for Revenue, Relief and Rehabilitation,  Raman Bhalla today in the Legislative Assembly in reply to a question by  Radhay Sham Sharma.

The Minister said that the payment of relief on account of repairs and renovation of damaged houses of border migrants of tehsil Nowshera has also been made as per the norms approved by the Government.

The Minister said that under the Prime Minister’s Reconstruction Plan, the Union Ministry of Home Affairs approved rehabilitation package of Rs. 58.99 crores for 6,072 families of Naibat, Khour in November 2004. He said under the rehabilitation package, Rs. 4.43 lakh were approved for allotment of five marlas of land to each of the families, Rs. 29.60 crore for construction of two room tenements @ Rs. 50, 000 to each family, Rs. 11.28 crore for rehabilitation of civil amenities in the rehabilitation colonies, Rs. 5.93 crore for purchase of appear of block @ Rs. 10, 000 each family, over Rs. 1.23 crore for clearing of 3512 acres of agriculture land and its tractorization.

The Minister said that the State Government has issued order No. 455 dated October 1999 under which ex-gratia relief was sanctioned in favour of the families, falling within 5-km belt along the LoC and between the International border and Ditch-Cum-Bund, who had not been able to sow their crops due to border shelling and firing. He said the said Government order was amended vide order No. Home-305 (P) of 2002 dated 21.6.2002 to provide improved relief package in favour of affected families of both the divisions of the State.

He said the relief package has been also provided from January 2002 upto September 2004 to the border migrants of Nowshera in addition to all other civic amenities.