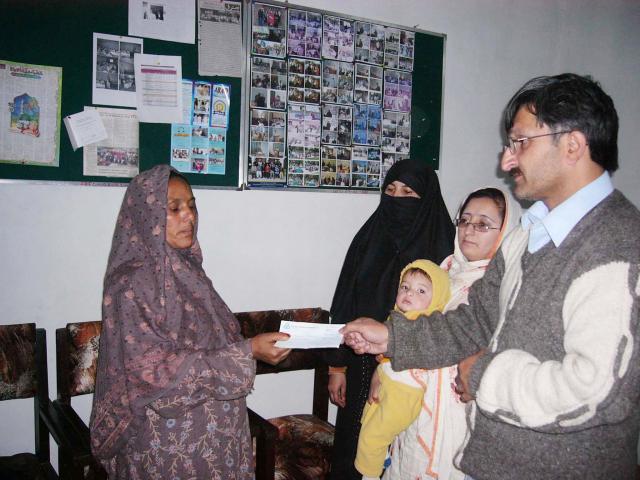 CHITRAL: District Nazim Chitral Haji Maghfirat Shah strongly criticized role of law enforcement agencies of Chitral. Addressing to district council session at town hall he said that face of a man who was allegedly involved in women trafficking was black painted as a result police arrested some activists of Dawat Azeemant and the man was also booked under 16 MPO. He stressed on Public safety commission for more activation and asked that how many drug traffickers did arrested by local police and why law enforcement agencies kept silent spectator. He said if they are not observing each activities and concerned agencies not play friendly role as a result a parallel set up will be raised like Dawat Azeemat who painted face of a man with black spray. But at that time we would not be in position to control them. M. Wazir Nazim UC Yarkhun presented 2 resolutions regarding for paying rich tribute to Dawat Azeemat and terminating FIR against them through Public Safety Commission. Ruling on the issue convener Sultan Shah also criticized local police for not supporting them and not obeying their orders. He said hundred of children were trafficked to Middle East and hundred are missing.

Abdul Bari Nazim UC Drosh I lamented SHYDO performance for slow work on Sheshi Hydro Project of 1800 KV. Said Jalal Advocate presented condemnation resolution regarding eradicating the present local government system by Provincial government. District Nazim warned that if the powerhouse not completed in stipulated period of time we would also set in protest. Sohrab Khan Nazim Sheshi Koh strongly condemned Health Department in recruitment of class IV staff at Provincial level instead of district health department. He alleged that nears and dears would be appointed by Provincial government depriving deserving candidates. He said that a deserving candidate Ashfart Ali son of Mahboob Ali also have applied but it fears that he might be rejected. The session will be held tomorrow.

CHITRAL: Legal Awareness Program for Human Rights a project of Easy & Equitable Access to Justice program funded by TROCAIRE distributed rehabilitation cheques among deserving people. LAPH donated 60 waiting chairs for women patients at District Headquarters Hospital Chitral for OPD. Tehsil Nazim Chitral Sartaj Ahmad Khan was chief guest on the occasion who handed over waiting chairs to Deputy Medical Superintendent of DHQ Hospital Dr. Yakhya Khan. Addressing to the ceremony he highly hailed services of LAPH  for supporting public places in shape of equipment. He said that LAPH helping us to provide more facilities to our public. He assured of his full support with the organization and paid rich tribute to LAPH and appreciated services of Niaz Ali Shah Chairman board of Director LAPH also donated steel beds to district Jail Chitral where Sarataj Ahmad Khan was chief guest. He stressed upon other NGOs to help and support hospital and TMA for construction a waiting room for Women at OPD and other public places, as government is not in a position to overcome all problems and to provide all equipments. Chairman board of Directors LAPH Niaz Ali Shah also presented a Cheque of rupees 30000 to Bibi Khadeeja  head of a Lady handicraft and skill development Center for free training of poor students. Chairman LAPH also awarded an other Cheque to a widow woman for rehabilitation at LAPH office. Bibi Jaar Jan resident of Tinction village was presented a cheque worth 30000 fro rehabilitation. On this occasion member Board of Director Mrs Ghazala Afzal and Monitoring & Evaluation Officer Miss Gulshad Bibi were also present.