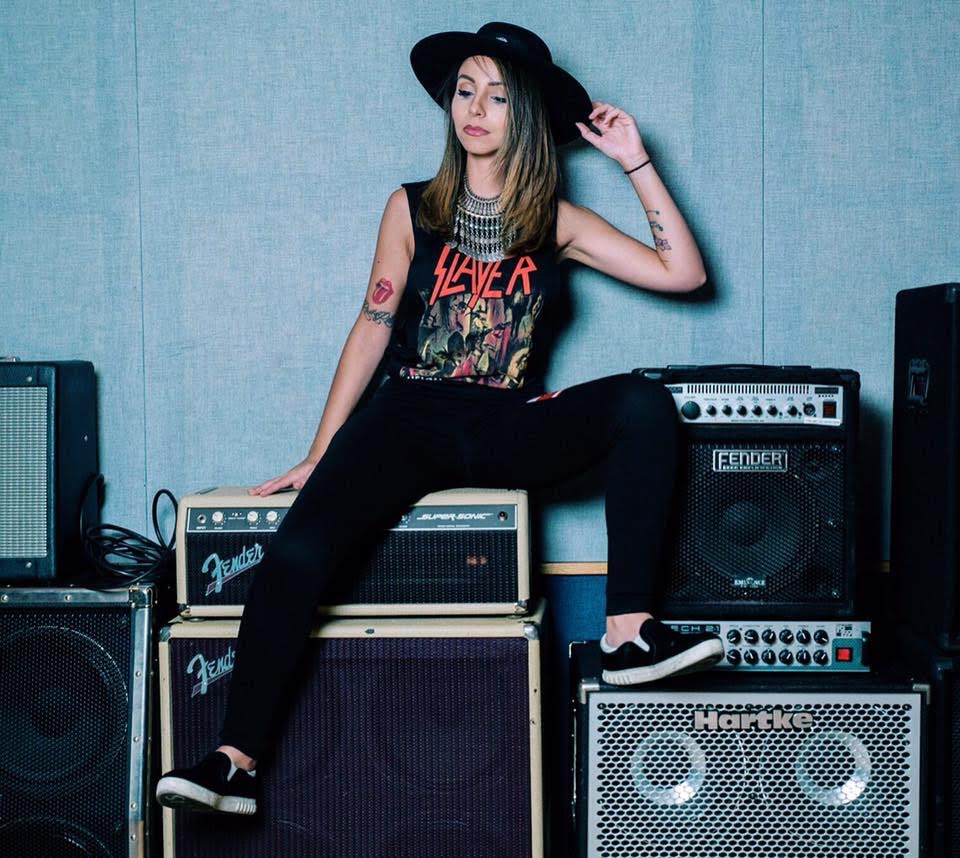 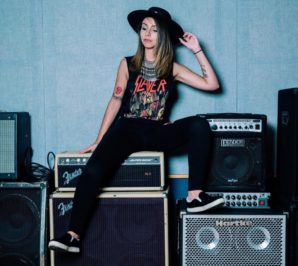 Not many people get the opportunity to work with their idols. Fans do not normally turn into colleagues, but this is not the case for Larissa Giampaoli. She started off simply loving metal punk-thrash band Slayer’s music, and ended up becoming their creative producer for the album Repentless.

Slayer is considered one of the “big four” of thrash metal along with Anthrax, Metallica and Megadeth.  They have earned six Gold certifications and one Multi­Platinum certification from the Recording Industry Association of America. The album debuted at number four on the Billboard 200, the highest charting debut from the band in the USA. It also topped the chart in Germany and featured in the top ten of almost twenty charts around the world.

Repentless, the band’s first new album in six years, continues the Slaytanic offensive with a twelve­song, blood­shaking sonic attack. Repentless is dark, fast, aggressive and without mercy. It was also the most challenging record Slayer has ever had to make. The album has sold over 115 thousand copies.

“Working on this was a dream coming true. Slayer has always been one of my favorite bands, they have been doing great music for over 30 years,” said Giampaoli. “Anyone who loves metal knows how important they are for this scene.”

Repentless was their first studio album without Jeff Hanneman, a founding member of the band who died in 2013. This made the project that much more important, but added challenges for Giampaoli. It was also the first one with the label Nuclear Blast. Having always been a fan, it made doing her best and achieving success that much more important.

“Everything about this band excites me. They’ve been on the road for a long time, and still rock more than many younger acts. I took my mom to one of their festivals and she had a blast,” said Giampaoli. “It is an act that everyone should see at least one time live.”

Giampaoli’s role as creative producer was all-encompassing. She was in charge of digital strategy and new media, the album release, the Mayhem Music Festival, and the Relentless Tour day-to-day management. She worked closely with Rick Sales, the owner of The RSE Group, Slayer’s manager for the past 30 years.

“Larissa did not let me down a single time. She’s a reliable perfectionist,” said Sales. “She is a hardworking, result driven, strong and innovative employee, a person you can trust when you want to be sure that important tasks will be completed in a systematic and precise way. She’s a multi-skilled professional, has the ability to make good, sometimes bold decisions. It’s an authentic pleasure working with her as she is an experienced team player.”

Slayer has over 4.9 million followers on Facebook, 595 thousand Instagram followers, and 775 thousand followers on Twitter. This would not be the case without the work the Giampaoli did.

“I started working at their management company as an intern. I remember picking up the phone one day and it was one of the members. I was so nervous I could barely speak,” she said. “Once my internship was over, I got hired as a full-time employee and started working as a creative producer.”

Giampaoli started her career at the age of 16 in her home country of Brazil as a runner and production assistant. At the time, she may not have known that she would be working with such an influential band and playing a key part in their album’s success, but she always has had ambitious goals. She is inspired to keep pursuing her career aspirations and dreams to be featured on Forbes 100 Powerful Women’s list one day. And based on her determination, we will probably see her there in the future.