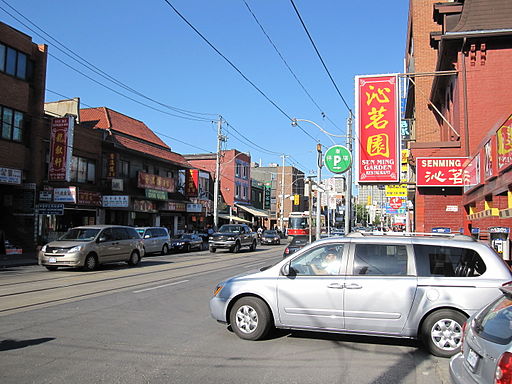 It was a warm April day when the bus load of Torontonians rolled into Hamilton with houses on their mind. The young group of 45 Torontonians have literally been driven out of the Toronto housing market due to inflated prices and an ever-growing housing bubble.

Tom Wynne, one of those who made the hour-long trip, told the Hamilton Spectator, “Hamilton represents sort of this dream of accessible home ownership — it’s impossible in Toronto.”

Wynne happens to be one of a growing group of urbanites who are ready to purchase a home, but who are frozen out of the market in their city.

The mass exodus west has spurred sales in the Hamilton-Burlington region over the last year and a half. The Realtors Association of Hamilton-Burlington (RAHB) reported sales were up 15.1 percent in November of 2015. The association also noted that sales rates were 23.8 percent higher than the 10-year average.

“Low inventory and a record number of sales for the month is a recipe for a continued seller’s market,” said RAHB CEO George O’Neill. “With only a little over two months of inventory, and a high sales to new listings ratio, we are continuing in the seller’s market that has persisted in our area.”

While finding a house in Toronto for less than a million dollars has become a pipe dream, home ownership is still feasible in the areas surrounding Canada’s largest city. The average house price in Burlington, for example, is roughly half that of Toronto $550,000, and condos are also available at palatable price points. 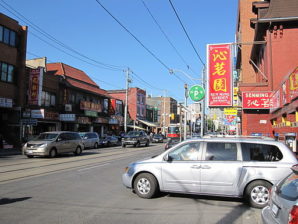 Real estate expert and founder of Weltman Consulting, Larry Weltman, isn’t surprised Toronto’s young adults are migrating west. The Toronto-based businessman pointed out that an Angus Reid poll from last fall indicated that 45 percent of Torontonian millennials were seriously mulling over leaving the GTA because they were discouraged about the housing market.

That is a very large chunk of Toronto’s young adult demographic. As Larry Weltman also understands that these buyers are willing to relocate in order to get more bang for their real estate buck.

Real estate experts like Larry Weltman believe Hamilton’s vibrant arts and culture scene will only be broadened as creative Torontonians make the short move west. A sentiment many on the April bus trip echoed. The day tourists told the Hamilton Spectator, aside from the affordable houses, Hamilton offers the unique ability to grow with the community, something the big city lacks.

Those who have made the move are glad they did. “New arrivals who purchase accommodation near Burlington’s highly acclaimed waterfront say it gives them a sense of being on vacation 365 days a year,” notes the Bay Observer’s Denis Gibbons. “Morning sunrises over Lake Ontario are very attractive.”

While Hamilton’s housing market may be inviting, some worry it is too enticing and the influx of GTA buyers will turn Hamilton’s market into a mini Toronto in the coming years. Reports have already begun to surface regarding Hamiltonians inability to find affordable houses to purchase.

This is being compounded by Toronto buyers, who are purchasing secondary properties in Hamilton to use as rental properties and supplementary revenue streams, which, in turn, may create a housing crisis. “January saw the lowest number of new listings in 10 years. There were 1,248 properties listed — a decrease of 14.9 per cent compared to January 2015,” said George O’Neill, CEO of the Realtors’ Association of Hamilton-Burlington.

As long as Toronto’s market remains too hot for some buyers, the Hamilton and Burlington region will be attractive for those wishing to buy a home.