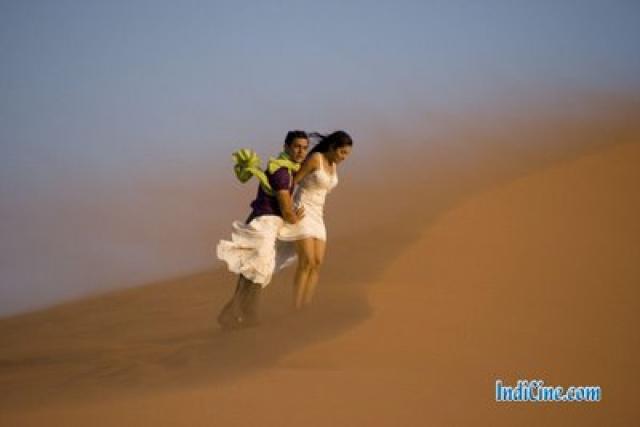 The previous occasion when actor Aamir Khan, composer A R Rahman and choreographer-director Ahmed Khan teamed up, the result was magical. Yes, we are talking about the songs of Ram Gopal Varma’s Rangeela (1995). They are still quite popular and lettuce fresh in the audiences memory.

In fact, when the promos of Devgan and Nisha Kothari street number, ‘Ruk Ja’, from Ramu’s upcoming, RGV Ki Aag, were first aired, the uniform reaction was that it had a strong resemblance to ‘Yaaron Sun Lo Zara’ from Rangeela.

Well we can tell Rangeela fans that the team of Aamir, Rahman and Ahmad is back. And if sources are to be believed, Ahmed Khan recently shot a song for Aamir’s upcoming Ghajini remake, on exotic locales of Africa (South Africa and Namibia). Another feature of the track is that the normally prim and proper Aamir will be seen shirtless!