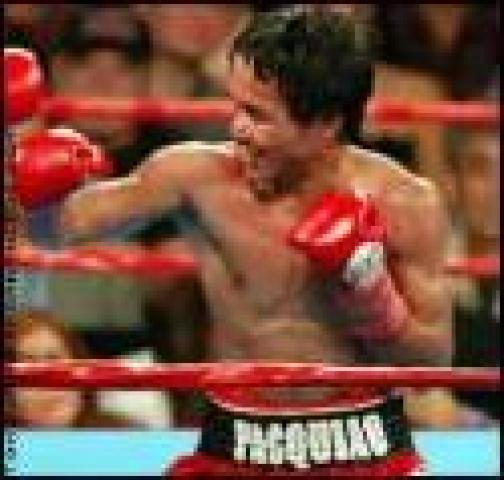 Right after the staging of the Dream Match in Las Vegas between Oscar de la Hoya and Filipino boxer Manny Pacquiao, the camps of Ricky Hatton and Pacquiao have agreed in principle that the match will take place based on a split revenue sharing scheme.

The promoters headed by Bob Arum, who is handling the promotional fights of Pacquiao and Richard Schaefer, representing Golden Boy Promotions of Oscar de la Hoya, have agreed that the Pacquiao-Hatton Match will indeed happen and had in fact set the date for May 2, 2009.

Last week the promoters announced that the fight will take place in Las Vegas, Nevada but the specific venue has not been determined.

With these series of announcements, everything seems to have been agreed upon, except the sharing of revenues for the two boxers.

In a report by Ed de la Vega of Philboxing.com, he said: ‘The Pacquiao people are now demanding that the revenue split be 60-40 indicating the Filipino spitfire deserves more since he is the poun4pound king and has more fan support than Hatton’

‘Just as expected the Hatton camp cried foul. In fact they are even threatening a law suit for violation of the verbal agreement. They want to keep the 50-50 split’.

Even Arum and Schaefer are now saying that because of the changes brought forth by the Pacquiao people, the fight may not go through. And, they have no plan B, de la Vega added.

In a latest development however, Pacquiao’s friend and adviser Rex ‘Wakee’ Salud said that Bob Arum called him up last night and after hearing some explanation, he is now convinced that a 50-50 sharing is just fair. He added, ‘Bob Arum called me and he explained beautifully why Manny is not in any way disadvantaged with the 50-50 sharing. The clincher is that Manny also get 50% from TV rights proceeds in Britain.

Salud said he will talk to Pacquiao today and said that ‘hopefully the contract will be signed soon.’

The Pacquiao-Hatton fight is undoubtedly this years’ most anticipated boxing match as the two boxers are noted for their punching powers and fast action aside from their being the most popular boxers in the world taday.