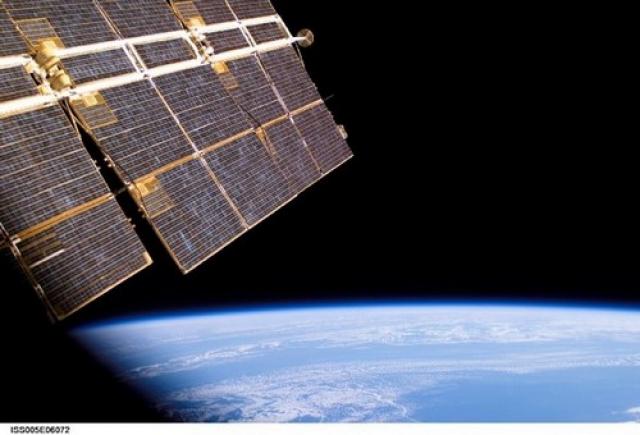 As I sit here hunkered down on a cold New Year’s Day, my thoughts turn to the balance of the year. Where are we headed and what can we expect?

Fortunately, I was able to interview global futurist Frank Feather. Frank’s track record is dead on…he forecast the last three recessions [1991, 2000, 2008] in his 1989 book G-Forces …along with the next recession, which he still says will occur in 2019.

2013 Rebound Forecasts for Employment…When asked about the job market, Frank states, "In looking at unemployment, the rates in North America will continue to edge downward throughout the year. The US rate could drop as much as a full percentage point by year’s end, perhaps even more. This is due to the Fed’s continued easing of monetary policy, with low interest rates spurring business investment as well as consumer spending. Employment opportunities for the older age group of workers (50+) will also improve, although companies will continue to have a bias towards younger employees."

Employment Opportunities for 50 Plus Individuals.
One advantage for older workers includes the increase in telecommuting jobs where older workers are not in competition in a working environment filled with young employees.

For more information on telecommuting, I recommend the 27-page white paper and data from The Latest Telecommuting Statistics that can be found at: http://www.teleworkresearchnetwork.com/telecommuting-statistics

According to their stats, the growth of regular telecommuting grew by 73% between 2005 and 2011 when compared to only a 4.3% growth of the overall workforce (this does not include the self-employed). The growth within different workforce business sectors varied considerably.

According to the U.S. Bureau of Labor Statistics industries and occupations related to health care, personal care. social assistance, and construction are projected as the fastest job growth categories between 2010 and 2020. Total employment is projected to grow by 14.3 percent over the decade, resulting in 20.5 million new jobs. Despite rapid projected growth, construction is not expected to regain all of the jobs lost during the 2007-09 recession.

Forecasts for Residential and Commercial Real Estate Markets. In discussing this important market indicator with Frank Feather, he said, "Real estate is already recovering, particularly residential in terms of new housing starts and re-sales. This improvement will continue as the unemployment rate falls and consumer confidence improves. However, there is still a large inventory of homes to be worked off, and a large percentage of home owners are under water (their homes are worth less than the outstanding mortgage). So price increases on real estate will be modest. rental accommodation will still be pricy due to constrained budgets of those who lost their homes.

"Commercial real estate will be much slower to recover. There is an over-supply of office space in most major urban areas. The weakest spot is in retail, where there still is a large inventory of vacant space. Very little new retail will be built in 2013."

According to Forbes, there are still too many homes for the current demand.

Alternative Energy and Energy Prices. As far as alternative energy, Frank shares the following. "Energy prices will remain fairly high due the increased demand by the recovering economy as well as uncertainty in the Middle East. However, there should be no significant spikes in prices unless there were a major confrontation with Iran, which we do not consider highly likely.

"Alternative sources of energy will continue to gain share of market, especially solar and fuel cell technology. There could be a major breakthrough in fuel-cell technology during 2013 or 2014 that could have a meaningful impact on energy usage and prices in 2014 and the rest of the decade."

According to legendary Texas oil and gas executive and billionaire, T. Boone Pickens, one of America’s best known entrepreneurs with a track record of innovations that covers a wide range of areas, the big news for 2013 is the development of new energy sources at the state level. In an article on Linkedin. he indicates  that states are looking for ways to generate revenue without raising taxes which would only serve to drive businesses out.

Pickens indicates that the 21st century gold rush is in shale containing oil or natural gas. Huge deposits have been discovered around the nation, instantly adding jobs – not just at the wellhead, but in the towns that surround the field where downtowns long abandoned are sprouting new stores to sell shoes, cut hair, and supply groceries to the oil and gas community.

Over the past four years, the ability to profitably recover oil and gas from shale deposits has turned natural gas from a closely guarded resource to an abundance that ranges from a 100 to 150 year supply depending upon the study.

Many people believe that this is only a viable idea if it can be done safely. Two major issues with fracking are it’s dangerous and it poisons our ground water. They believe that too many people are getting cancer and its not a coincidence. I happen to agree with this view. So how do we address this?

Developments in Online Education Frank, who is very high on education and its digital component, shares his projections with us, "The digital revolution will continue to create change in all sectors of the economy and education is no exception. The old industrial-era model of delivering education through classroom and campus teaching is becoming increasingly costly and inefficient. The cost of a college degree is exorbitant and even with government supported student loans, it becomes less affordable.

"We will see continued expansion of online learning, led by organizations such as University of Phoenix. Due to the high cost of corporate travel, online learning will also become more commonplace inside organizations for employee training purposes. Seminar and workshop programs will also continue to shift to the webinar format."

3D Printing Advances Feather states, "My own opinion is as follows: 3D will transform manufacturing in every sector. A big initial impact will be in the toy industry. Beyond that, complex jobs will be contracted to bespoke 3D manufacturers. Medium jobs will be done at Staples (already installing 3D printers in its stores). Simple jobs will be done by consumers on in-home 3D printers."

For toys, especially manufacturers in smaller companies, it will totally change the way that some toys are manufactured and distributed, and will lead to mass-customized toys where customers select specific modifications of their favorite toys.

Increased use of Augmented Reality (AR) It’s not surprising that augmented reality is ramping up, and I predict that it will continue to do so in 2013. AR has been around for a long time, but for those not familiar with the term, AR is a direct or indirect live view of a physical, real-world environment where elements are augmented by computer generated sensory input such as sound, video, graphics or GPS data.

This technology is perfect for the movie and entertainment industry with examples that include Iron Man and Iron Man 2, Avatar, Top Gun and Robocop, to name a few.

Mini Ice Age According to a number of Russian, British, and Japanese scientists, we could be headed for a mini ice age starting in 2013.

A mini ice age might be great news for the ski resorts, and winter coat and shoe manufacturers…not so great for those of us who are not in love with the cold.

Can we really count on this since the prediction has been going on for at least 100 years?
http://www.globalresearch.ca/global-warming-or-the-new-ice-age-fear-of-the-big-freeze/30336

Worldwide Uptick in Diabetes Diabetes is a growing problem around the globe. Doctors are now even seeing Type 2 diabetes in children. This was never an issue before.

It is predicted that the currently 366 million who have diabetes worldwide will grow to 552 million by 2030 according to information posted by Nancy Klobassa Davidson, R.N., and Peggy Moreland, R.N. http://www.mayoclinic.com/health/diabetes-worldwide/MY02163

In addition to the genetic component, there are many things that contribute to diabetes including obesity and a sedentary lifestyle.

Well over 15 years ago, I interviewed researchers from Flower Fifth Avenue Hospital in New York who were testing a strain of mice for diabetes. Exactly half of the mice were allowed to eat whatever they desired and were not limited to portions. Nor were the mice encouraged to exercise. The result? Well over 60 percent of the mice developed diabetes where the carefully controlled group remained healthy.

Tech in 2013
Gartner, a leading IT research and advisory company predicts that mobile devices will lead the move towards dominance. The PC will be overtaken by mobile web access.

There will a growth of the personal cloud which will reduce digital content on PCs and provide a common factor connecting many devices. As a result of this, mobile security, capability and management will become more important.
http://www.imgrind.com/10-technology-predictions-for-2013-and-beyond/

On that note, Happy New Year!!