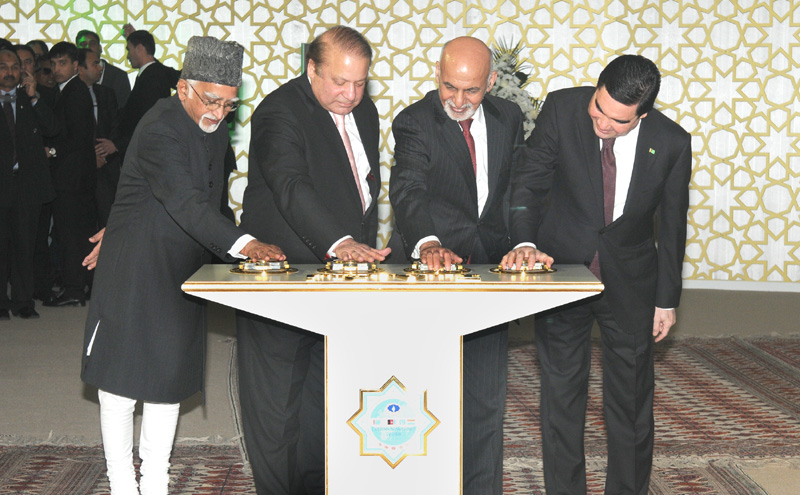 The Vice President said that TAPI is not just a gas pipeline project, but a reflection of the common desire of the four member countries to reconnect and a way to re-claim the shared geography and revitalise an age-old legacy of our mutually enriching interactions. The launch of TAPI also marks the first step towards fulfilling the vision of an economically integrated region, he added.

The Vice President said that we must be aware of the challenges that lie ahead and we must work together to keep away the negative forces inimical to the success of the project. We must recognise that the forces of violence and disruption can no longer be allowed to threaten the quest for economic development and security of our people, he added.

The Vice President also said that we need to work together to ensure the technical and commercial viability of the project in its broadest sense and said that the international marketplace for energy works on complex principles. However, given the widespread poverty that exists in our countries, it is essential to ensure that we can make energy available at the least possible cost to the largest sections of our people, he added.