CHITRAL:  The only land route connecting Chitral to other sorts of the country  Lawari top which had been blocked after flash flood on July 17  was reopened for light traffic.  Hence the road is still very dangerous and passengers passing this zigzag road with great difficult. 8 vehicles of Korean construction company, generators and other machineries as well as a private Hino 300 Detro Truck  bearing registration  number FSD 460 was also totally damaged by flood. Drivers Mehran and Kifayatullah told this scribe that they were on their way at Ziarat and were suddenly trip by flash flood surrounding from both sides. They flee away on the mountain to escape but the truck was washed away in a few seconds. Its parts are lying in different parts of Ziart to Ashriat. Haji Javed told this scribe that the truck was using on lease and was purchased through bank loans.

National Highway Authority opened the road for light traffic but a large number of trucks were seen standing on main road at Mirkhani check post waiting for opening the road for traffic completely.

Students, male and female and a large number of tourists were also strained at Ziarat and Dir side due to blocking of road.

A tourist told this scribe that he had read in newspaper about shandor polo festival starting from July 15 to 19 but he was shocked when he came to Chitral and knew that its date was changed 3 times. He said that he along with other tourists was going back but due to flash flood road was blocked and they besieged at Ziarat.

Gazala is a University student reading in Karachi she had came on summer vacation to her house at Karimabad but she also suffered at Ziarat by closing of road after flash flood.

Residents of Chitral demanded from federal government for early completion of Lawari tunnel to overcome these problems. 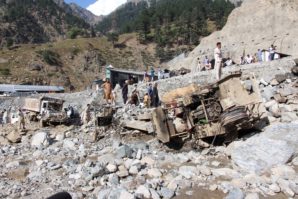 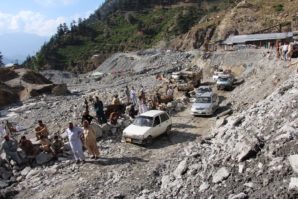 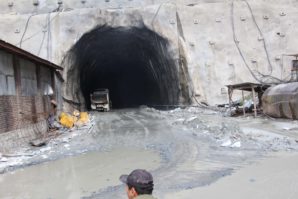 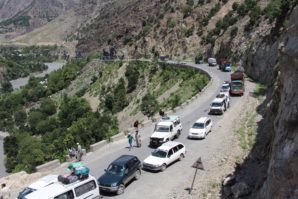 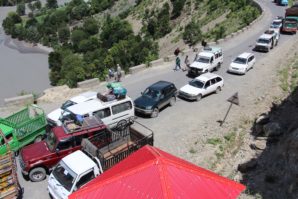