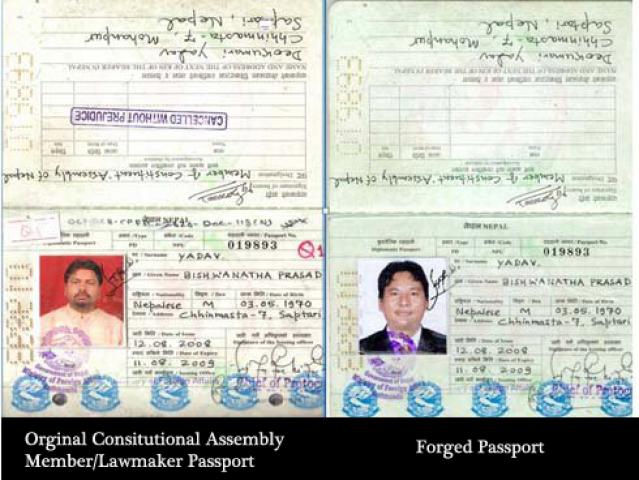 Regarding the case the CBI, informed that they came to know about the forgery when two people using the lawmakers´ tampered red passports were deported from Abu Dhabi while they were on their way to Australia. The International airlines handed the two fake passport holders to the immigration office at Tribhuvan International Airport (TIA). It is believed that fake passport holders had paid NRP 16 Million for the forged passport.”