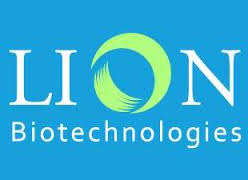 An investor, who purchased NASDAQ:LBIO shares, filed a lawsuit against Lion Biotechnologies Inc over alleged violations of Federal Securities Laws in connection with certain allegedly false and misleading statements.

Investors who purchased shares of Lion Biotechnologies Inc (NASDAQ:LBIO) have certain options and for certain investors are short and strict deadlines running. Deadline: June 13, 2017. NASDAQ:LBIO investors should contact the Shareholders Foundation at mail@shareholdersfoundation.com or call +1(858) 779 – 1554.

According to the complaint the plaintiff alleges on behalf of purchasers of Lion Biotechnologies Inc (NASDAQ:LBIO) common shares between November 14, 2013 through April 10, 2017, that the defendants violated Federal Securities Laws. More specifically, the plaintiff claims that between November 14, 2013 through April 10, 2017, the defendants made false and/or misleading statements and/or failed to disclose that Lion Biotechnologies, through its former CEO Manish Singh, engaged in a scheme to mislead investors by commissioning over 10 internet publications and 20 widely distributed emails promoting Lion Biotechnologies to potential investors that purported to be independent from the company when, in fact, they were paid promotions, that former CEO Singh engaged a notorious stock promotion firm to pay writers to publish articles about Lion Biotechnologies on investment websites as well as to coordinate the distribution of articles to thousands of electronic mailboxes, that former CEO Singh actively participated in the promotional work for Lion Biotechnologies and understood that the promotion firm was using writers who would not disclose that Lion Biotechnologies was indirectly compensating them for their publications, and that as a result, defendants’ public statements were materially false and misleading at all relevant times.

Those who purchased NASDAQ:LBIO shares have certain options and should contact the Shareholders Foundation.