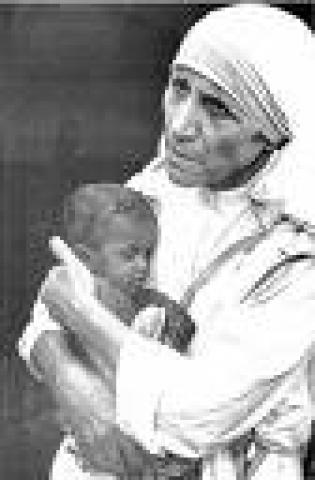 The other at an airport bookshop, I picked up the latest issue of TIME featuring Mother Teresa. The lead article discussed a new book based on documents from the Vatican that reveal that Mother Teresa’s spiritual life wasn’t the stable ship many would have thought it to be, considering her reputation as a saint of the gutters and all that.

Recently released documents from the Vatican apparently indicate that she went through long periods of spiritual dryness right from the time she founded her order, the Missionaries of Charity, times when she felt distanced and estranged from God from long periods of times. The revelation is contained in a series of letters that has recently been made public, apparently against her wishes and written to several of her confessors over the years.

Many years ago, I remember a Television serial that focused on the lives of India’s many freedom fighters. It began well and was popular with audiences but it ended abruptly. The reason – in one of its episodes which depicted the life of Netaji Subhash Chandra Bose, it showed him partying in one scene – and also dancing with a lady and drinking a bit. Incidentally the lady, Netaji was shown dancing with is still alive. Now Netaji, except for a brief spell, was never a Gandhian as such and Gandhian austerity was not for him. Drinking a bit and dancing with a lady did not diminish his stature as a patriot, nationalist and freedom fighter. Yet the party founded by him, the Forward Bloc created a ruckus and had the otherwise extremely informative serial halted mid way.  Swaraj, if I remember correctly was the name of the serial that eventually had to be pulled off the air.

The same is true with Gandhiji and later Pandit Nehru. Instead of studying them and understanding them as mortals, we first define them as immortals and then having found some chinks in their armor, we knock them off the lofty thrones we have placed them on. In that sense, today’s leaders are luckier. Either their stature is nowhere near that of Gandhiji, Pandit Nehru, Sardar Patel, Netaji or any one else of the pre-Independence pantheon or today’s followers are more discerning and do not lift up anyone sky high.

Coming back to religious figures, they should be seen as and analyzed in the same way – not as special behemoths who have a fast track to God and therefore above common fragilities and short comings – be it a Mother Teresa or a Shankaracharya. Every human being, however famous or well loved is bound to be limited by human shortcomings, mistakes and faults. They are not gods and if they are wise, they would neither like to be branded nor judged as such. For the standards for the gods are high and the descent from the pedestal rather steep. So let us do our leaders – be they spiritual, political or social – an act of kindness. Let us keep them and see them as human rather than as superhuman demi-gods. Then we will be more tolerant of their limitations when they fall. And our leaders will be better and more justly assessed for their contributions.