I admit it; I had a lot of problems with Sarah Palin the candidate. What I had the most problem with her when she was running for Vice President of this country was her attitude about education and elitism. With her degree from University of Idaho in hand, she routinely criticized an Ivy League education. She extolled the virtues of First Dude as well as her tour through North Idaho College, University of Hawaii at Hilo, and community college in Coeur d’Alene. Pictured next to her fallen dead bloody moose she was supposed to be the “everyman.” Here’s the problem. I don’t want the president or the person a heartbeat away from a geriatric president to be an “everyman.” 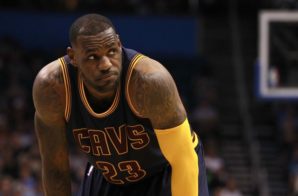 Lebron stopped wearing his signature headband after 12 years. During a press conference he answered the big headband mystery, “I did it because I just wanted to look like my teammates. Just wanted to be one. Nothing more than that.” Then after the first loss to Chicago in the second round of the playoffs, the headband was back. Here’s the problem and the similarity to Sarah Palin. I don’t want the best player in the world, perhaps the best player ever, and the man whose departure took a city to its knees, to be just another teammate. I want him to be better.

The bigger problem is that regardless of what I want, it just can’t happen anyway. You can’t be MVP 4 times and then think you can look like your teammates. You can’t win more, make more, have more endorsements, go to the White House more, and have Warren Buffet on your speed dial, and then say, I’m nothing more than my teammates. Yes you are. Yes, you better be better.

Yet. There is a problem with “better.” Better is tricky. Today every single member of the United States Supreme Court is a graduate of Harvard or Yale School of Law. I am a big fan of the Ivy League, but REALLY? There are 204 colleges that confer the first degree in law, and only two are represented on the Supreme Court?

Leadership is tricky. I don’t want my leaders to be just like me. I want them to be smarter or jump higher. Yet we don’t want them to be elitist. It may seem like a good intention to look like his teammates. But he isn’t like them. You can’t have it both ways; you can’t be the best player in the world and be just like your teammates. Leadership is tricky.

You need the correct mindset and then the mindset needs to be implemented. Five years ago during Lebron’s first stay in C-town, some players started wearing a headband like Lebron. This time he chose to look like his team and take off the headband. The bottom line is that when the headband was reunited with its rightful owner, a 15 point win ensued.

Whether it ended up being about superstition or a terry cloth talisman, the point is that it brought up a point about leadership. Whether leading a team or a country, leadership is tricky. You need your team but if you look in the honest mirror, you are not like your teammates. You better be better.