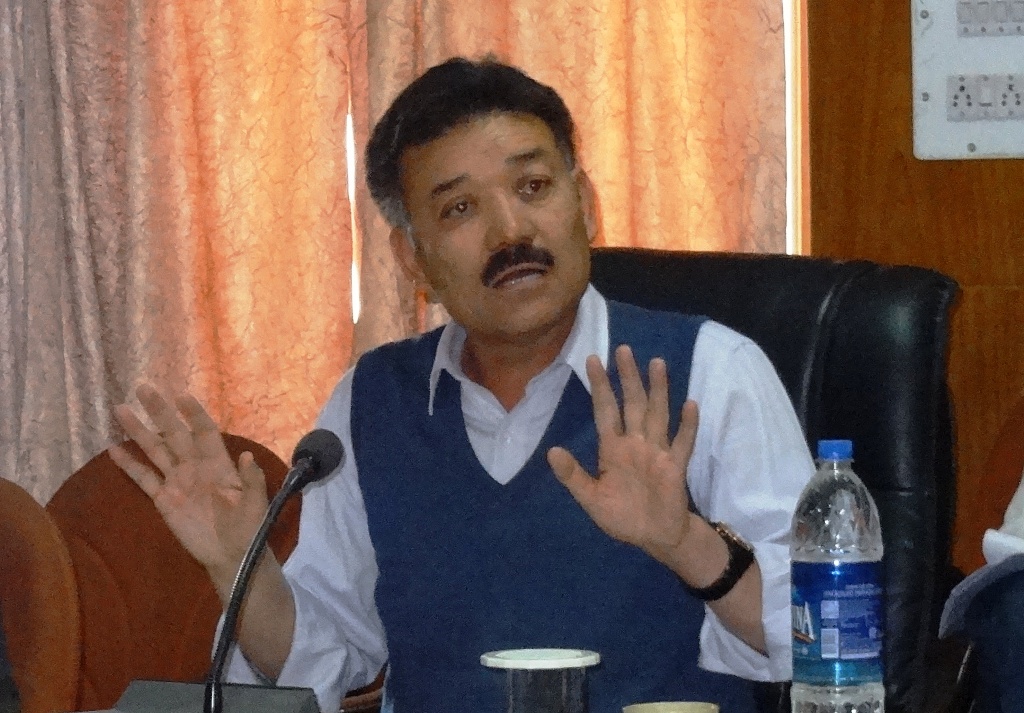 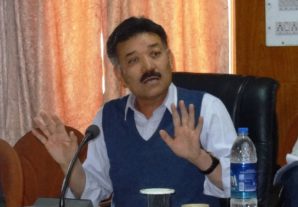 Leh,June 22(Scoop News)-The 2nd annual LEAF ( Ladakh students’ Environmental Action Forum) stakeholder meeting was held today in Leh Conference hall under the chairmanship of CEC, LAHDC, Leh Rigzin Spalbar. LEAF which is a joint collaborated initiative by all the major student associations of Ladkah is working for conservation and protection of environment since last year.

The representative of LEAF apprised the meeting that they are going to conduct mass awareness on 6th July at Jivetsal showcasing LEAF Stalls, Model Display, Photo Exhibition, screening of environment, documentary movies and will also distribute free eco-friendly bags focusing maximum number of people followed by awareness programs on 8th July in Leh.

Welcoming the encouraging initiatives and deep concerns of LEAF towards the environment of Ladakh for its conservation and protection, CEC Rigzin Spalbar said that it is always a better choice to come upon a common consensus involving all sections of communities and organizations by adopting a device and system rather waiting for a Law/Acts to save the fragile environment of Ladakh adding that each and every Ladakhi must take collective responsibility.

Expressing his serious concern over the drastic climate change in Ladakh since past few decades, CEC said that though climate change is a common concern and big challenge of entire world but when it comes to Ladakh’s environment, it is the prime duty of we Ladakhi people to act locally and young educated students has to play a very curtail role to spread awareness about environment across Ladakh region. Spalbar said “ We must have our future by choice not by chance”. He suggested LEAF to focus Leh area including colonies while conducting environment awareness saying that people living in villages are more conscious about their environment than people living in city and assured his utmost cooperation to LEAF in all respect.

Giving his valuable suggestions, Programme Manager Commonwealth Secretariat Stanzin Dawa suggested to introduce environmental education in schools which will make coming generation automatically aware of environment and also emphasized upon regulation of traffic in Leh with close monitoring and regular check over pollution of vehicles.
Earlier , Dr. Tsewang Namgyal through his power point presentation shared his knowledge and research about the climate change and other environment issues in context with Ladakah.
MLC, Leh Norboo Gyaltson also spoke on the occasion.