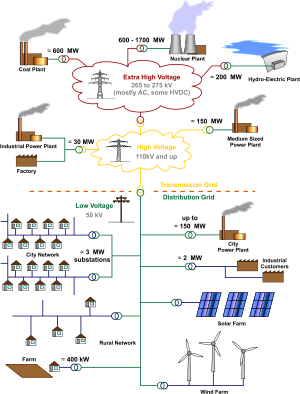 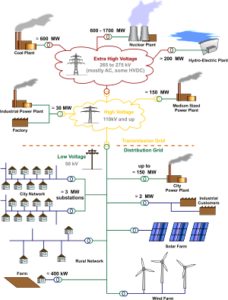 The following is a copy of a recent letter sent to the U.S. Senate Committee on Energy regarding vulnerability of the electric grid in America.

Dear Inspector General Freidman: The Committee on Energy and Natural Resources is responsible for oversight of the Federal Energy Regulatory Commission (the Commission, FERC) and has jurisdiction over the laws the Commission administers, including the Federal Power Act (FPA). In the Energy Policy Act of 2005, Congress amended the FPA, adding section 215, to establish the framework for ensuring that the nation’s bulk power system (BPS or electric grid) is reliable.

Recent reports in The Wall Street Journal (WSJ) about grid security (see attached) were shocking in their detail and appear to have been based upon highly sensitive, narrowly distributed FERC documents that may have pinpointed vulnerabilities of the BPS. In the wrong hands, such documents potentially could provide a roadmap for those who would seek to harm the nation by intentionally causing one or more power blackouts.

We are writing to respectfully request that the Department of Energy Office of Inspector General (OIG) conduct a full and thorough inquiry regarding the apparent leak to the WSJ of sensitive information regarding physical threats to the electric grid. As part of this effort we ask not only that the OIG review the past, but also provide recommendations regarding how to avoid a repeat of this very unfortunate incident in the future.

We understand that your office has initiated a preliminary review of this matter on its own initiative and we commend you for doing so. We are also aware that the Federal Energy Regulatory Commission (FERC) is conducting its own investigation. We commend the FERC for this action, as well. However, we note that it can be difficult for agencies to effectively investigate their own actions which is why we are making this request to the OIG.

The internal FERC documents regarding grid security that appear to have been disclosed to the WSJ, are sufficiently sensitive and potentially harmful to grid security that we believe it would not be prudent to highlight specifically the issues they raise at this time as part of this letter. For the same reason, many of the questions that we request that OIG answer also should not be made public. Consequently, we will provide to OIG on a non-public basis associated questions.

We do not know if the FERC documents that apparently form the basis of the news reports are credible, but in any case, disclosing and sensationalizing them, as it appears was the work of the person who gave them to the newspaper, is highly irresponsible or worse.

Even if your inquiry does not lead to the identification of the person who provided this sensitive non-public information to the media (and we hope it will), if you conclude that the unauthorized disclosure of this information could have been accomplished without the violation of any disclosure restrictions, legislation could well be necessary. In that event, we will consider introducing legislation to make sure that the unauthorized disclosure of non-public information about energy infrastructure that puts our nation at risk is a violation of federal law.

We ask you to conclude your inquiry as soon as possible. We have every confidence that you will follow the information you uncover wherever it leads. Nevertheless, we seek your immediate assurance that if the results of your initial inquiry indicate that applicable Federal law and regulations may have been violated by any current or former Federal employee or official that you would then initiate a formal investigation using all the powers of your office.

We are eager to receive recommendations concerning the preparation, handling and proper treatment of the sensitive information that forms the basis of the news reports and any related information. We also ask you to examine the legal or regulatory obligations of current and former FERC commissioners and employees with respect to non-public information, especially of the type covered by this letter and the associated non-public attachment.

Thank you for your consideration. We intend to be fully supportive of your inquiry. Again, we look forward to having the benefit of your findings as soon as possible.

Filed under: Infrastructure, News
Share Tweet Pin G Plus Email
previous article: NC has lost its regional character: Mehbooba
next article: “We must remember that the possibility of a physical attack that disables key parts of the grid has always been a risk”, said Murkowski