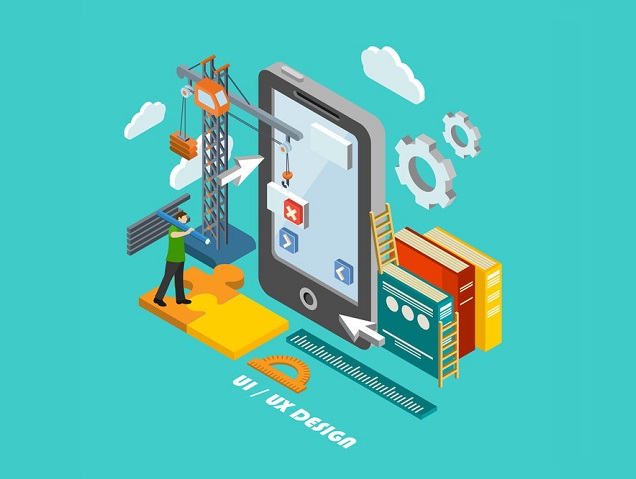 We interact with computer systems every day. Whether we are making a simple phone call, tuning to our favorite television station or even ordering lunch online, these activities are guided and made possible by a variety of computer systems. We are able to interact with these systems through a User Interface (UI).

Once a user has begun to interact with a UI, they are able to get an experience. From a technical point of view, it is known as User Experience (UX). The UX comprises the usability, pleasure and accessibility of the features in the computer system. It describes the feel that the user gets from interacting with the computer system.

The fields of UI and UX design are separate yet they complement each other. One can be a UI or a UX designer. In many cases, these designers work together to produce a working and effective interface for a computer system or an application. Here are some UI design principles that they follow.

The users should be able to utilize the system without struggling or getting stranded in the interface. Moreover, if the designers can figure out a way to surprise the users, this is even better. By surprising them, the designers are able to capture the attention of the users. This can lead to effective user retention.

Every UI has a specific objective that it seeks to satisfy. This objective can be to simplify the experience of the users or even to maximize on contemporary design. The UI should be able to satisfy the needs of the target users. For example, if the users are children, the UI should be able to attract them and keep them focused on the application. As such, the designers should ensure that they achieve the main objective of the interface.

The UI should be designed and built such that it is attractive and stays interesting to the users. It should be on a level at which the target market can understand how to use it. The UX should be interesting and captivating to the users. The element of surprise can be utilized at this point. It can play an important part in ensuring that the users remain entertained and focused on the application. The UI can be smart such that it predicts the user input based on their previous choices. In addition to that, the application can fill in your choices for you by predicting whether you will like or dislike an option. It is able to accomplish this by checking your previous pattern of choices. The UI can also be smart such that it performs automatic correction of errors that the users can enter in the option boxes. Also to know more about Google SEO services click here https://www.stgeorgewebdesign.com

When designing the UI, one of the objectives should be to maintain its context. The interface should be designed such that it helps the users to achieve exactly what they need to. The interface should remain within the context of the users in terms of design as well as content. The theme colors should stay within the context that the users expect. In addition to that, the context of the UI design should be such that the application allows the users to accomplish what they need to at the location where they are expected to be.

Every user seeks for some value in an application’s UI. Some people seek clean and easy-to-use menus while others seek interesting and vibrant menus. The UI and UX designers should understand the value that their target user is seeking. After that, they should work towards satisfying this value. The process begins with establishing a mental picture of the perceived value to the target users.

The designers should strive to achieve the original desires of the users. Moreover, they should include the features that the users want from the UI. In addition to that, any features and items that are in excess should be removed. In addition to that, the UI should be able to adapt to the different devices where it will be used. Some examples of devices that the UI could be used in are smart phones, tablet devices as well as laptops. This creates a good UX for all the users of the interface.

Nothing gets the users to love and adopt an interface like getting rewarded to use it. This is known as positive reinforcement. Let there be some features that indicate to a user that they have entered an option correctly. An example could be blinking options, a green tick sign or even a jingle.