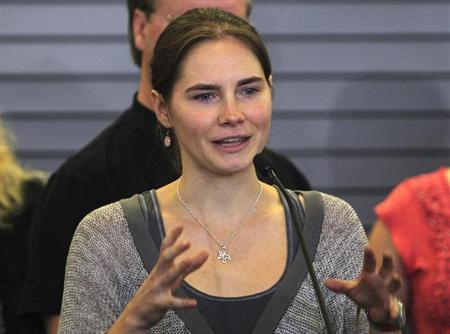 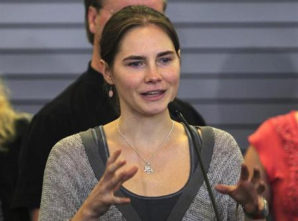 In March, the Italian Supreme Court overturned an appeal ruling that acquitted Knox of the murder of Meredith Kercher. The high court directed that a lower court reconsider the evidence in the case, citing “shortcomings, contradictions, and inconsistencies” that led to the acquittal. Knox was convicted, along with her ex-boyfriend Raffaele Sollecito, in December 2009 of playing a part in the murder that occurred two years earlier in November 2007. Upon appeal, they were both acquitted in October 2011.

In 2008, a year before Knox was convicted, Rudy Guede, a native of Ivory Coast, was convicted for his part in the murder. Originally sentenced to 29 years, his time was reduced to 16 years. At no point during court proceedings has it been confirmed that he acted alone. Evidence and witness testimony at times point to or make it reasonable to believe several individuals were involved in the murder in some capacity.

In overturning the acquittal, the high court states that the defense teams did not prove that Guede acted alone and did not prove that Knox or Sollecito were innocent of involvement in the murder. Following her acquittal, Knox returned to her hometown of Seattle, Washington, in the United States and is of late touting her memoir. An overturn of the acquittal essentially leaves her and Sollecito convicted of the murder again and indicates that the high court believes they should be back in jail.

Neither she nor Sollecito must be in Italy for the retrial scheduled for September 30th. However, her attorneys have no doubt spent the summer thus far studying the judgement in a likely attempt to file a 2nd appeal. If that were to occur, it could be expected to be heard in early 2014. This time, the high court would need to approve the final ruling before the case is officially closed.