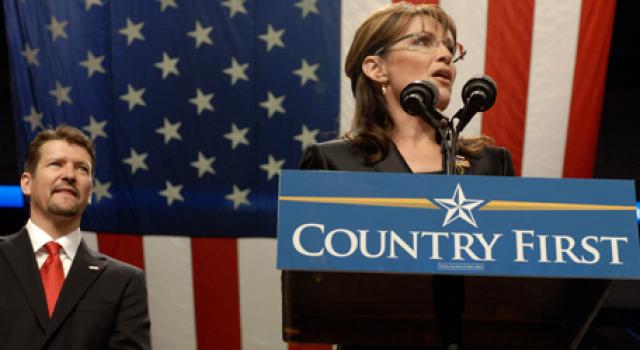 An Alaska legislative panel, which met behind closed doors with an independent investigator today, found that Alaska Gov. Sarah Palin abused her power when she ordered the replacement of state safety commissioner Walter Monegan.

Commissioner Reassignment is Focus of Inquiry

Independent investigator Steve Branchwater presented his findings on the so-called Troopergate incident to Alaska’s Legislative Council. The Associated Press reports that the investigation "concludes that a family grudge wasn’t the sole reason for firing Public Safety Commissioner Walter Monegan but says it likely was a contributing factor." It also concluded that Palin violated a statute of the Alaska Executive Branch Ethics Act, but the report "does not recommend sanctions or a criminal investigation."

Troopergate centers on a family dispute between the Palins and state trooper Mike Wooten, who is the ex-husband of Gov. Sarah Palin’s sister. According to reports from state employees and state public safety commissioner Walter Monegan provided in an October 9 New York Times article, Monegan was repeatedly told that Wooten was unfit for the job of trooper by the Palins, either over the phone or in person.

Monegan was never outright told to fire Wooten by either Gov. Palin or her husband, Todd. However, both made “dozens of calls” to Monegan about Wooten over the course of Palin’s time in office, according to the Times. In July, Monegan was reassigned by the governor to another department, but decided to quit rather than take up the new position.

On Thursday, October 9, the Alaska Supreme Court ruled against six Republican legislators who sued to abandon the Troopergate investigation on grounds that it violates the Alaska Constitution and is biased, writes the Anchorage Daily News.

The McCain campaign continues to dismiss the investigation, saying it is “politically driven and that Palin replaced Monegan as public safety commissioner because of budget differences,” the Daily News reports.

Background: The Palins and Wooten; the Beginning of Troopergate
Filed under: Politics, US
Share Tweet Pin G Plus Email
previous article: Sweet Sounds
next article: Tijuana cartels are shifting leadership and territory