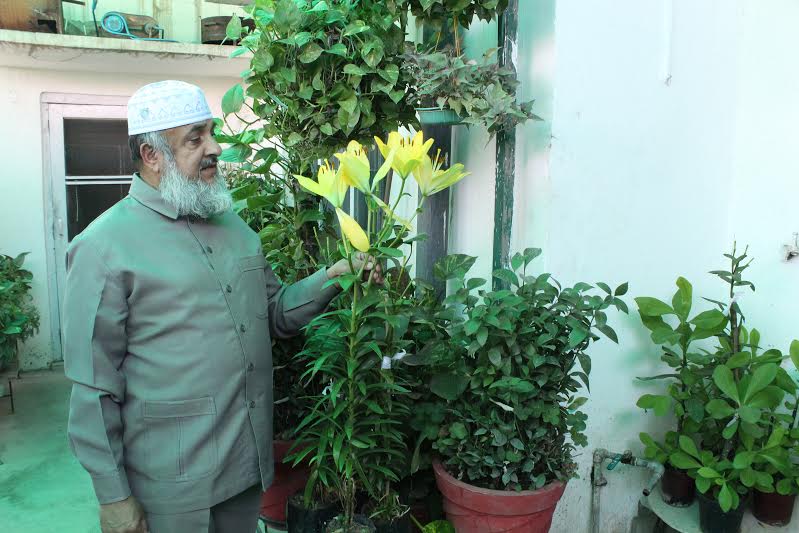 Jammu/ Srinagar
There are almost all legislatures known for their one or the other characteristics but one unique legislature namely, Jahangir Mir, MLC and Deputy Chairman Legislative Council is known for his humanity, humbleness and nature loving. At his Gandhi Nagar, official residence, Mir had created a nursery to which he loves to nurture by his own hands every morning and evening after attending his duties entrusted upon him by society and his religion.
Jahangir was famous for his maturity ever since from his childhood. He would never quarrel with his friends and school mates even not for those things to which anybody loses control in childhood. He would manage things at every stage of life with simplicity and soberly so that nobody is heart. One of his close friends while talking said that despite becoming MLC first time he was not allotted room by government and he never show his might to any officer and only he managed to spent time calmly till he was allotted accommodation at Gandhi Nagar.
One is stunned after watching Mir during his gardening time he would forget that he is a legislature and could deploy many employees to task or even he would order to a gardener for the same but not. Mir would start his early morning with nursery trees upstairs of his quarter and in lawns. He would deeply have a look at every plant and access as if everything is going well and also would count routine size of plants. He has imported plants both flower plants as well as medicinal plants. He is of view that if medicinal plants are taking care with proper supervision there is lot of scope for medicinal plants to prove economic oriented.
It would not be out of text to mention that some legislatures and bureaucrats have shown in maintaining gardens and lawns through their employees but showing serious love and concern for plants, Mir Jahangir is perhaps first legislature who despite having exhausting scheduled has managed to maintain his nursery.