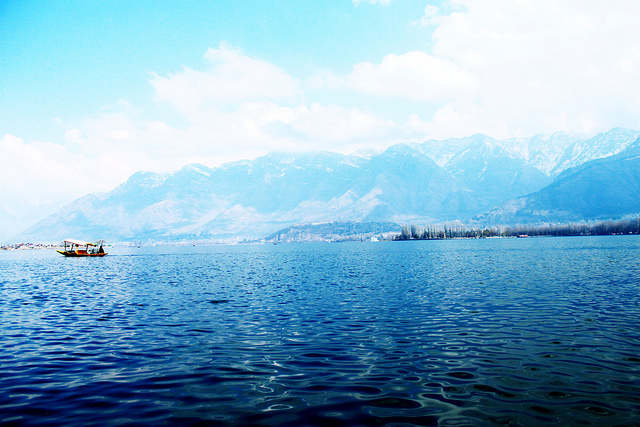 Since ‘tell-all’ books divulge things that one never knew or did have inkling about but wasn’t too sure of, they make very interesting reading. And when a former spymaster recounts vivid details of the cloak and dagger game that went on behind closed doors as militancy engulfed Kashmir and irreversibly changed the character of the struggle for the ‘right to self determination’, the desire to know all becomes all the more irresistible. Equally interesting is the debate books written by super sleuths invariably generate and former Intelligence Bureau (IB) and Research and Analysis Wing (RAW) chief AS Dulat’s forthcoming book ‘Kashmir: the Vajpayee Years” is no exception.

While promoting his book, Dulat has stirred a hornet’s nest by making some rather embarrassing revelations regarding not only the central and state governments of the day but also many politicians, separatists and militants in J&K. Those he has accused of having received favours and playing ball with intelligence agencies have outrightly rejected his claims and there is no way in which one can accurately establish as to who is lying and who is not. However, what a particular politician, separatist or militant did or didn’t do is not the question- what really matters is that Dulat’s exposition once again exposes how Kashmir has been converted into a veritable battlefield by both India and Pakistan.

What is disturbing is that both the ISI and RAW are pursuing their respective agendas in Kashmir and money is playing a big part in this clash of the two spy agencies. While the ISI is pumping in money to fuel militancy in Kashmir, the RAW believes in offering financial inducements to militants for giving up the gun since (as per Dulat), “Corrupting someone with money is more ethical and smarter than killing him”. However, if we take Dulat’s statement that “When I went to Srinagar in May 1988, one of the first things I learnt was about the relationship between Kashmiri leaders and money” as an affront to Kashmiris, then we would only be missing the wood for the trees. We can always dispassionately ponder over Dulat’s observation by ‘blanking out’ names of those beneficiaries exposed by him whom we feel could not have indulged in such an act. Once we have done this and then look around us, we will see for ourselves how many with very humble backgrounds and modest means have suddenly become stinking rich ever since militancy erupted in Kashmir!

Dulat’s claim that the RAW paid almost the entire spectrum of key players in Kashmir may appear to be grossly exaggerated and is being seen by some as an intentional attempt to portray the entire separatist leadership in poor light. However, this allegation has little merit as Dulat has himself admitted that such dealings did have “some honourable exceptions in the Hurriyat.” There is another possibility. Though everyone accused by Dulat of having received money from RAW has outrightly denied this allegation, it could be that some may have taken money without actually knowing who the actual provider was. After all, no one would expect the RAW,IB or for that matter even the ISI to be so naïve as to send its operative, who after meeting a politician, separatist or militant would disclose his identity alongwith details of the spy agency he works for and then proceed to make the offer of a bribe!

Dulat’s remark that “We paid money (to politicians, separatists and militants) to demonstrate that what the ISI can do, we can do better, except kill people” needs serious deliberation as it illustrates just how fiercely the RAW and ISI are competing for ascendency in Kashmir. Consequently, both spy agencies are directing all their energies and resources in trying to outdo each other rather than working on something constructive to resolve the Kashmir imbroglio. To make matters worse, both New Delhi and Islamabad rely heavily on inputs provided by their respective spy agencies while formulating foreign policy towards each other. So, when both the RAW and ISI are baying for each other’s blood in Kashmir, how can one ever expect them to give positive suggestions that would help normalise Indo-Pak relations and thus pave the way for meaningful talks on Kashmir.

Unfortunately, this is something which the separatists, intelligentsia and the militant leadership is not realising and the consequences of our apathy is there for all of us to see. While there may be no difference in the disruptive role being played by either New Delhi or Islamabad in Kashmir through their spy agencies, the international community sees Pakistan as a ‘villain’ fomenting militancy in Kashmir while New Delhi gets away by playing the hapless ‘victim’. How else does one explain:
• Why no one pays heed when Pakistan raises the issue of Kashmir at the UN and highlights the gross violation of human rights there?
• When Indian Defence Minister declares New Delhi’s policy of ‘neutralising terrorists only through terrorists’, why has no nation (except Pakistan) objected to such a coarse idea?
• Why is it that even when a respected body like Amnesty International has castigated New Delhi for the continued imposition of Armed Forces Special Powers Act (AFSPA) and human rights violations in J&K, the UN Secretary General has outrightly refused to comment on this?

Pakistan may have done a lot for seeking resolution of the Kashmir issue, but whatever it has done has been guided more by its own self-interests rather than a genuine concern for the people of Kashmir. Though this observation may sound outrageous, it is the bitter truth and Pakistan government’s latest proposal to grant Gilgit-Baltistan the status of the country’s sixth province is the latest example of how Islamabad has no inhibitions in hammering yet another nail in the Kashmir dispute coffin as long as it suit its own interests.

So, the sooner we accept this reality, the better it would be for us. The ‘right to self determination’ is our struggle and we have to regain control over it otherwise we will continue being pawns in the hands of the RAW and ISI. Pakistan is most welcome to support our cause and we appreciate their efforts but our leaders need to make it clear to those in Islamabad and Rawalpindi that they must never forget that they are (to borrow the title of Field Marshal Ayub Khan’s autobiography), friends and not masters!