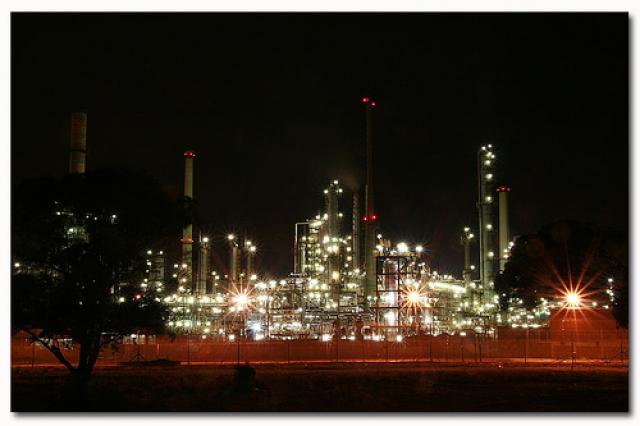 Victor Davis Hanson writes in his just-published essay "A New Environmentalism" that it is "time to re-evaluate domestic oil production in environmental — and moral –terms. The question is no longer simply whether we want to drill in the Alaskan wilderness or off the Florida or California coasts. Rather, the dilemma is whether by doing so, we can mitigate the world’s ecological risks beyond our shores, deny dictators financial clout, get America out of debt, and help the poor afford food."

We have a new global dilemma when it comes to the environment, as more and more people gain enough wealth to begin valuing the more advanced lifestyles once enjoyed mostly by just Western European nations and North America.

The new global dilemma involves addressing far more complex questions than just "how do we clean up this river?" It involves complex and wide-ranging economic questions, political questions, questions that concern human survial and thriving, and very important questions of technological developments necessary to create ever cleaner energy supplies while at once including more and more people in the fold of the well-off and wealthy.

What this means for us is simply that the wealthier people become, the more they demand; but at once, the more they can give; and what’s more, one of their increasing demands is for healthy environments and sustainable ways of engaging in all that we as human beings engage in.

One of the things that wealthier people are truly great at is preservation, be it of capital or of natural resources or ecosystems. They have ever incentive to preserve that which is best for them.

This is why shouts and accusations about "Big Oil" conspiracies to fix prices ridiculously high, be indifferent to the natural environment, prevent the development of new alternative technologies, and their like, are all goofy at best. They have absolutely zero incentive to do any of this. None of them became as large as they are, have lasted as long as they have, employed all the people they do, or delivered all the near-miraculous goods and services that we now take for granted by following any of the perverse incentives ascribed to them by Big Government or the moonbat Lefties and their Democrat masters.

In the short term, the way to lower gasoline prices is to end government taxation. Big Government, not Big Oil or big business, can nearly always be blamed for supersized prices, and the oil and gas game is certainly no exception. Elsewise, while an era of cheap energy will return to us, it won’t be tomorrow, and the next day doesn’t look good either.

In the long run (seven-plus years), we need to begin today developing alternative energy sources that can deliver significant amounts of energy. The planet’s population, even in the West, will not be "off of" fossil fuels in the near future.

This necessarily cuts out any far-reaching use of biofuels (I just don’t get making burnt offerings of huge swaths of your staple food supply just to survive, from the economic, the scientific, or the sensible perspective) and any study of the numbers and the data reveal that it negates the use of solar or wind power beyond highly personalized, supplementary use (much as while taking those bluegreen algae gelcaps is great, you can’t live off of them).

The two best large-scale energy alternatives we have to develop even while we are accessing new oil and gas reserves are nuclear energy and hydrogen fuel cells. There is also something of significance to be said for geothermal energy, which wicked vile Big Oil company Chevron is heavily into researching and developing.

But there is nothing at all of any substance or worth to be said for the ubiquitous neo-Socialist attitude imagining mankind as the scourge of the Earth. As the psychiatrist Dr. Laura says: "Stop whining and start living."

Filed under: Lifestyle, Opinion
Share Tweet Pin G Plus Email
previous article: How a Mexican Drug Lord Would Save the Newspaper Industy
next article: A Little Led Zeppelin Story