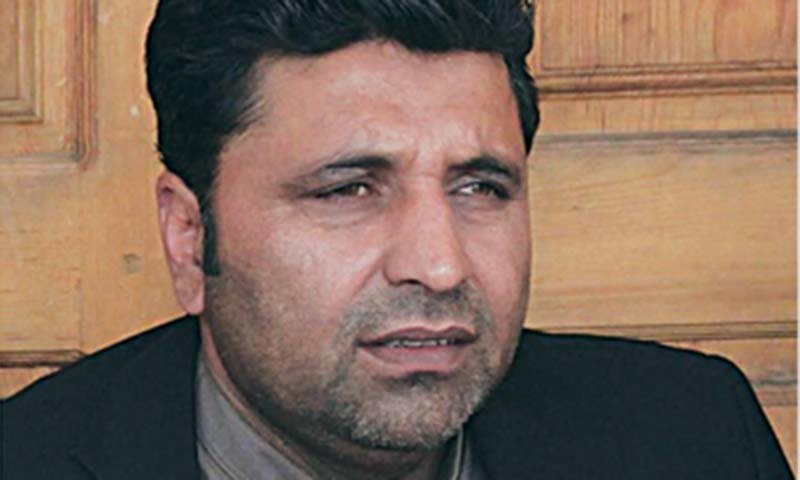 We speak on behalf of the 2.5 million people of Gilgit Baltistan, who had shown their allegiance unconditionally to Pakistan. We would like to draw your kind attention to some issues which are creating a state of uprising in GB.

This letter will serve as a source of information, having facts and figures, and hopefully as a catalyst to give constitutional rights to the people of GB by putting both the regions, i.e. GB and Jammu & Kashmir, in juxtaposition.

GB is not a constituent part of the erstwhile State of Jammu & Kashmir, as it is a historically proven fact that out of the total entities of GB – Gilgit Wazarat, princely states of Hunza & Nagar, Koh-e- Ghizer, Ishkomen, Punial, Yasin ,Baltistan Astore and tribal areas of Chilas, only Gilgit Wazarat formed a part of Kashmir, while other areas remained under the paramountcy of the British government of India.

Maharaja Hari Singh always claimed that Gilgit Agency was part of his Kashmir Darbar and in support of his claim he submitted a detailed note to British Government of India. The final decision of Viceroy in March 1941 put an end to the confusion on the status of the constituent units of the agency that Princely States of Hunza ,Nagar, koh Ghizer, Ishkomen, punial, Yasin, and the entities of Chilas are under suzerainty of Kashmir state though they are not part of kashmir but are separate states & Tribal areas.

As the British were the paramount power in India and Kashmir Darbar had accepted the paramountcy power of the crown, the Viceroy had all legal authority to define the status of any part of India but unfortunately Pakistan had always ignored the historical facts and kept whole of GB in limbo as to the constitution of Pakistan.

Another aspect which we would like to bring to your notice is that after three months of Independence, on 1st November 1947 the GB Scouts with the help of people of GB liberated the erstwhile Northern Areas (Now GB) from Dogra regime by arresting Brigadier Ghansara Singh, Governor appointee of Mahraja Kashmir and formed an independent Government in Gilgit. However, after 16 days, the people of GB acceded the liberated territory with Pakistan.

In 1948, India took the Kashmir issue to the United Nations. The Security Council, on hearing both sides, passed its resolution on January 17, 1948. It was supplemented by a detailed resolution on January 20, 1948, whereby a commission of UN was established which is commonly known as UNCIP. It is pertinent to mention here that both sides agreed to withdraw armed forces and hold plebiscite, and that till then both the countries will administer the regions with local authority.

The citizens of the disputed territory of erstwhile State of Kashmir (Jammu Kashmir) under occupation of India are enjoying all constitutional rights and protections guaranteed under the constitution of India. They are enjoying equal status of Indian citizenship. They are eligible and qualified to become members of the Parliament of India, President, Prime Minister of India, and also eligible to join highest judiciary of India. The state subject Rule (SSR) protecting the right of ownership and demographics changes within the region is still having legal force. However, they aren’t recognized trustworthy for defense of India.

Whereas, citizens of GB are neither eligible nor qualified to become members of the Parliament of Pakistan, President, and Prime Minister of Pakistan, as well as to join judiciary of Pakistan. However people of GB are eligible and qualified to join Armed Forces, and are trustworthy for defense of Pakistan. The conferment of   NISHAN _e_ HAIDER to LALIK JAN is a live example of the recognition. Moreover the people of GB are paying all types of federal taxes, including Income Tax. The State Subject Rule (SSR) has been suspended. The rights of Haq_e_Milkiyat-o- Hakimiyat, Fundamental, Democratic, and Financial protections available to provinces of Pakistan, guaranteed under constitution of Pakistan, are not available to citizens of GB.

Gilgit Wazarat, despite having historically proven fact of liberation from Dogra Raj, termination of lease agreement between British Government of India and Maharaja Kashmir during the year 1935 and the March 1941 decision of Viceroy regarding the remaining entities of Gilgit Agency,& judgement passed by supreme court of Pakistan on 28 may 1999, the treatment of Pakistani Government with GB as disputed territory of Kashmir was wrong from the outset.

Under UNCIP Resolutions, both India and Pakistan had agreed to administer both the sides under their Dominion by maintaining local authority. The phrase” administration by local authority” of UNCIP resolution had been interpreted in different contexts. India has provisionally incorporated J&K under Article 370 of the   constitution of India, while AJK is having its own constitution, whereas GB is being controlled by a Federal Ministry of Kashmir and GB affairs from Islamabad without any constitutional cover. This is another example of discriminatory treatment, with regards to GB, JK & AJk.

On the basis of the forgoing reasons, we are of the clear view that GB is undisputed part acceded to Pakistan and GB should be given constitutional status as a province in the constitution of Pakistan.

We, therefore, request your good selves to play your role in the Parliament of Pakistan for permanent solution to this long outstanding issue of GB, by declaring it a full fledged constitutional province of Pakistan.

In case of disagreement to the facts mentioned above, we request to bring GB at par with the status given to the Indian Occupied Kashmir by the Indian parliament back in 1948.