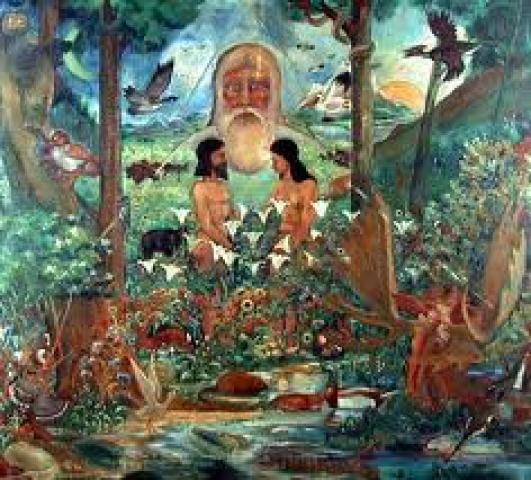 I am certain that as a child, especially as a child raised in a Christian home and environment, even as an adult, whether Christian, or learning to be Christian, the thought has crossed your mind at least once, and maybe more than once, since God is love, pure love, and since God is spiritual in nature, is it possible, and how is it possible for Almighty God to experience such human feelings as despair, rejection, and anguish?

I know that it has crossed my mind more than once, until I actually began to read my Bible, I mean really read it and understand what I was reading.

From Sunday school, as a child, I remember learning about God creating all the world and everything in it, and I remember thinking to myself that if God had to create man, Adam and Eve, He must have done this because He was lonely, or maybe, he didn’t feel loved, or something like that.

But, How could a God, who could have anything He desired, or make anything He wanted, How could such a God need anything or for that matter be lonely? What was His reason for His creations? These are questions that might have crossed your mind too when you were a kid and weren’t old enough to be able to grasp the concept of God.

Then I remember hearing the story of Noah’s Arc, and I remember thinking to myself, well either God got bored easily, and wasn’t very nice after all, because he killed off everyone except Noah and his family. This showed me that God could get really angry, and had the power to kill someone or everyone if He so chose to do so. Wow that’s scary.

The next story I remember was when the people on earth were building this big tower, trying to get closer to heaven I guess, trying to get closer to God Himself, but I guess God gets scared or something, because he confounds the people by causing them to speak in many different languages, and they cannot communicate together anymore and scatter. I began to wonder. What’s God trying to teach with this story?

Another story I remember from Sunday School, is the story of this man, called Abraham. He’s got this kid called Isaac. Abraham was more that 100 years old when Isaac is born, so he cherished this child like nothing else.

God wants to test Abraham’s loyalty so He tells Abraham to take his son up into the mountains, which he does. Then God asks him to build an altar and to offer up the boy as a sacrifice by killing him. I don’t really know what’s going through the father’s mind but he does what God asks of him, and as he is bringing down his knife to stab his only son, an angel says to stop, and God then provides a goat for the sacrifice.

I remember thinking to myself as I listened to the story at the age of 7, whoa! this kid and I are about the same age. The boy would have been toast, if the angel hadn’t shown up when he did to stop it. What kind of a dad would be willing to go that far? What kind of a God would ask such a thing of any man? What boy seeing what His dad was about to do, would just lay there, not struggle to escape, and permit such a thing? I had to ask myself, is this the kind of God my folks want me to worship?

The next story I remember hearing about in Sunday School, is also a story that has been made into a movie, that I’m sure many of you have watched at least once. It’s the story of Moses, and how he stands up to Pharoah to try and get all of the Hebrew slaves of Egypt freed from being slaves.

Nine times Moses and Aaron through the power of God, caused plagues to rain down on Egypt to no avail.

That night, was to become known as the Hebrew’s first “Passover” when almighty God passed over the Hebrew children, and killed the first born of Egypt.

Disgusted, Pharoah allows the Hebrews to flee Egypt, and about 10,000 leave. Then Pharoah gets angry again, because he’s lost, so he gets all of his soldiers with their chariots and chases after Moses and the Hebrews.

They find themselves trapped, with their backs to the Red Sea and nowhere to go, no way to escape Pharoah’s anger, until God steps up with his power builds a pillar of fire to block Pharoah and his men, while he parts the “Red Sea” it’s said with a breath from His nosrils, and holds it back until all of the Hebrews are safely at the other side.

God then lets down his guard, permitting Pharoah and his men to ride into the rift where the sea was, and then drowns them with the sea. God demonstrates His love for the Hebrews, as well as his wrath for any who would oppose him, and His powers to control nature.

God also shows us how He handles disobedience many times in the Bible, like the story of Soddom and Gomorrah, where God kills off the entire inhabitants of these towns because they were living immoral lives, plus he warns Aaron and his family not to look back as they leave, but Aaron’s wife looks back and is turned into a pillar of salt.

The strange thing about that story is that salt was a valuable commodity of trade in those days. As a matter of fact it was worth more than gold or diamonds.

There are many other stories from the old testament that show how God responds to faith, and love, and obedience, such as the story of the three hebrew believers thrown into a fire and not being burned, or David and Goliath, or Joseph and his brothers, or Jonah in the whale, or how about Job, if you’re interested in seeing how fiendishly cruel satan can be and how far God will permit someone to be tested of their faith.

Now to get to the meat of this article, and my original question. Loneliness, Despair, Rejection, Anguish, are these feelings God, your God and my God can experience, and more importantly has He experienced them.

To see this most profound experience played out, we have to look back at the writers of the “Four Gospels” Matthew, Mark, Luke, and John, for it is within their recollections and writings that we see just how God, God the Father and Jesus, God the Son suffer these feelings in a most traumatic way.

It starts when Jesus, Peter, James, and John, have finished having together what we now call “The Last Supper”, and the four go off to the Garden of Gethsemane to pray. Nine times prior to this night, Jesus has told His Apostles that this night is to come, when he will be handed over and cricified, but nine times, it never sinks in.

For whatever the reason, their minds are simply closed to the truth, and they either cannot grasp the truth, or they refuse to accept it as fact. Peter understands it the least because he offers to try and prevent it by using violence.

This night they know it is going to take place, but still it seemingly has not sunk in to their minds and hearts the graveness of the evening, for as Jesus prays, the Apostles sleep. At this time while praying Jesus, God in human form is feeling Lonliness, Despair, and Anguish as He prays to God the Father, MATTHEW: 26: 39, Oh my Father, if it be possible, let this cup pass from me, nevertheless, not as I will, but as thou wilt. MATTHEW: 26: 42, “O my Father if this cup may not pass from me, except I drink it thy will be done.

Three times Jesus prays to the Father, yet knowing, that it is His destiny to carryout and fulfill the scriptures and become the sacrificial lamb of God. The third time, it is recorded that droplets of blood mixed with his sweat.

But Jesus suffering is not over yet. Taken Captive by the guards of the High Priest, Jesus is dragged before Caiaphas and charged with blasphemy and sedition and declared guilty. But they are helpless to carry out the death sentence themselves, so they drag Jesus off to Pilate for only Rome can order a crucifixion and execute one. Pilate for whatever the reason, can find no fault for Jesus to warrant crucifixion and washes his hands of the matter, but the Jews are not satisfied and cryout all the louder for jesus death. Finally Pilate gives in and orders his guards to take Jesus ot and crucify him.

As jesus is hanging there nailed to the cross, he faces his final humiliation as my sins and your sins and the sins of all man are heaped upon him, and we witness this rejection and anguish as he cries out to Father God one more time,

“Eli, Eli, la-ma-sa-bach-tha-ni?” Which translates My God My God, Why hast thou forsaken me?”

Jesus Cries this because as all of our sins are being heaped upon Him, Jesus can see God The Father turn His back towards His only son in disgust and disgrace, for God abhors,loathes, hates, detests, sin, and seeing Jesus His Son covered in Sin is something God could not face or bare to see, so God The Father, physically turns His back to Jesus.

Within this one act of love for man, both God our Father as well as Jesus His one and only Son, together face Lonliness, Despair, Rejection, and Anguish. Jesus alone as man is forced to face the physical pain and agony of this ordeal, even though God The Father, experiences, what Jesus is feeling too.