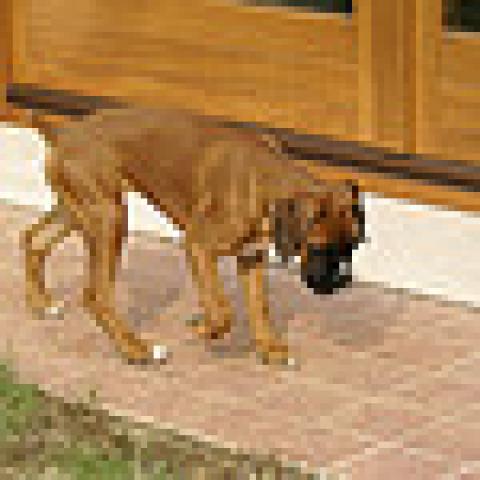 ST. PETERSBURG, FL (GroundReport) – A golden retriever who was 400 miles from his Atlanta home booked a trip back home by hanging out outside a Florida travel agency, reports say.

Nine months ago, Pepper ran away from Atlanta while his family was away from home. He somehow made it down to St. Petersburg.

Last week during a thunderstorm, Pepper showed up outside 66th Street Travel Agency.

When the dog was taken to a veterinarian, an implanted microchip was found on the dog with information about its Atlanta owners.