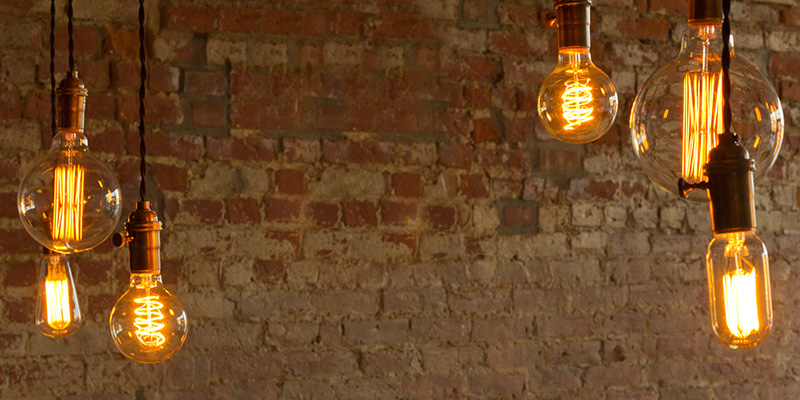 For most Americans, flipping a light switch is the first thing they do when they wake up, and the last thing they do before bed. It’s become so common that people barely think twice about doing it. But lighting, is without a doubt, the most essential decorating element for any industrial environment. It creates paradoxically, for workers that constructs both reality and illusion images. Light is also the source of life, which has the ability to uplift any setting and bring life to an environment. Without light, life stops.

Normally, when we decorate, we usually focus on furniture, carpentry, and walls, but lights almost always come as an afterthought. However, as most us know, lights play a crucial part in a home. In other words, blending of lights can make a room different. Bright lights, for example, are typically used in a working environment and faint lights are used in date settings, and other romantic surroundings. So much of the color temperature comes down to a personal preference, but the color of the light you choose can greatly affect the feel and mood of the space you are illuminating.

Lighting design combines many day lighting and electric lighting strategies to optimize the distribution of light throughout different buildings. In a classroom setting, for example, lighting is one of the most important components of a child’s success. As a matter of fact, it has always been an important factor in designing and operating schools. Up until the early 1950’s, natural lights predominated as a means of illuminating space. The reason for this was primarily due to the fact that schools wanted to cut back on electric bills. Once electric power costs started declining, designers began taking advantage of the increased flexibility provided by electric lighting, which meant daylighting took on a secondary role.

How to be Responsible With Your Lighting

A classroom is more than just adding windows and skylights to a learning environment. To put it another way, poorly designed rooms, much like poorly designed lighting can cause visual discomfort by creating a glare effect for students in the classroom. In order to make sure a school has good daylighting, it’s important to understand the building’s local climate. Good daylighting within a school provides:

The Evolution of Lighting

Another familiar place that experiences a lot of issues with lighting is the workplace. In order to fully understand this theory, we must first, confront the harsh reality that most workplaces are over-lit. Meaning that our work environment is practically covered from the ceiling to the floor with lighting, which isn’t always a good thing. To begin with, the intensity of light cast on a surface is measured in foot-candles (fc). The Illumination Engineering Society of North America (IES) recommends a 30-50 fc range for ambient office lighting, but workplace environments are lit to an average of 60 fc. Which lowers employee productivity and raises energy cost.

Compact LED lighting systems, for example, can add dramatic accents to office walls, workstations, lobbies, break rooms, and conference rooms, suiting a wide range of task lighting. LED lights are increasingly growing more popular within the workplace. They help cut back on energy usage and typically light places that other lights such as, twin-tube fluorescent fixture simply can’t like underneath desk, cabinets, and other tight spaces.

If you don’t think lighting is important, just remember, about 80% of the information we process, is processed visually. Making our choice of illumination more and more of a significant impact on the way we process and retain information. Besides the fact that lighting influences our personal well-being, it also has a positive impact on workers motivation and performance.

AC/DC – Is There A Difference?

Electricity is defined as the movement of electrons in a current.

Current is the flow rate of charges through a wire. It’s measured in amperes, and is sometimes called amperage.

Voltage is a measure of power. Voltage in itself is not entirely dangerous. It is the amperage that has the ability to kill people.

A watt is a measure of power x current.

Alternating current (AC), is the kind of electrical current commonly used to power all your household items, which is available from plug outlets located in our home.

Direct current (DC), on the contrary is a current whose polarity remains constant. Direct current is typically used in batteries.

Thank you for taking time out of your day to read my article.