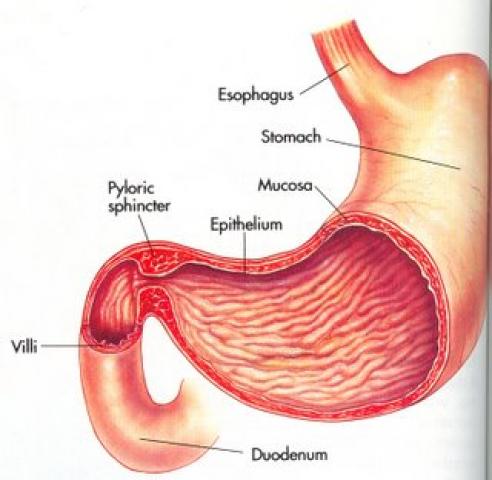 Low Cholesterol May Raise The Risk of a Cancerous
Stomach:-Why

Answer-Because cholesterol is a major buffer of dietary
and metabolic acids that can cause the breakdown
of cells and tissues leading to a cancerous state.


It is the stomach that produces the body’s number
one acid buffer – sodium bicarbonate.

Bottom line, it is the body’s increased need for
cholesterol to buffer acids in the extracellular
fluids. When cholesterol is not present to buffer
dietary or metabolic acids then the stomach kicks
in and starts producing sodium bicarbonate.
This process leaves toxic hydrochloric
acid in the gastric pits of the stomach that can
destroy stomach cells leading to ulcerations and a
cancerous stomach.

Japanese researchers are suggesting that people with
very low cholesterol levels seem to be at
increased risk of developing stomach cancer. This
is because of the body’s increased need for sodium
bicarbonate and the residues of hydrochloric acid
that is left to ferment the stomach leading to
a cancerous stomach.