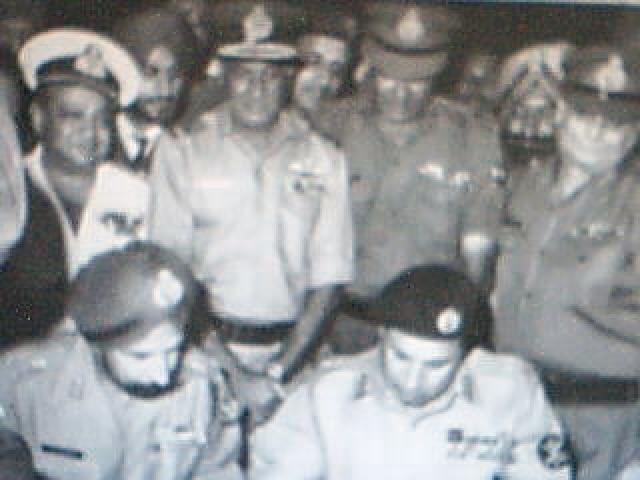 This is an old photograph showing Lt.Gen A.A.K.Niyaji, Corps Commander of Pakistani Forces in East Pakistan surrendering to his Indian counterpart Lt.Gen Jagjit Singh Arora, GOC-in-C of Indian forces in Eastern sector at the surrender ceremony in Dhaka on 16th Dec’1971, after India defeated Pakistan in an all out battle, involving Ground, Air and Naval forces on both sides, that lasted two weeks (started on 3rd Dec’1971), resulting in the creation of a new country ‘Bangladesh’.

Incidentally five divisions of Pakistani Army comprising 90,000 soldiers were taken prisioners of war by Indian Army and were released after 9 months after the famous Indira-Bhutto Shimla Agreement signed in Shimla in September,1972. Benzir Bhutto daughter of the Pakistani primier Julfiquar Ali Bhutto, them only 18, was the star attaction at the venue of Agreement.