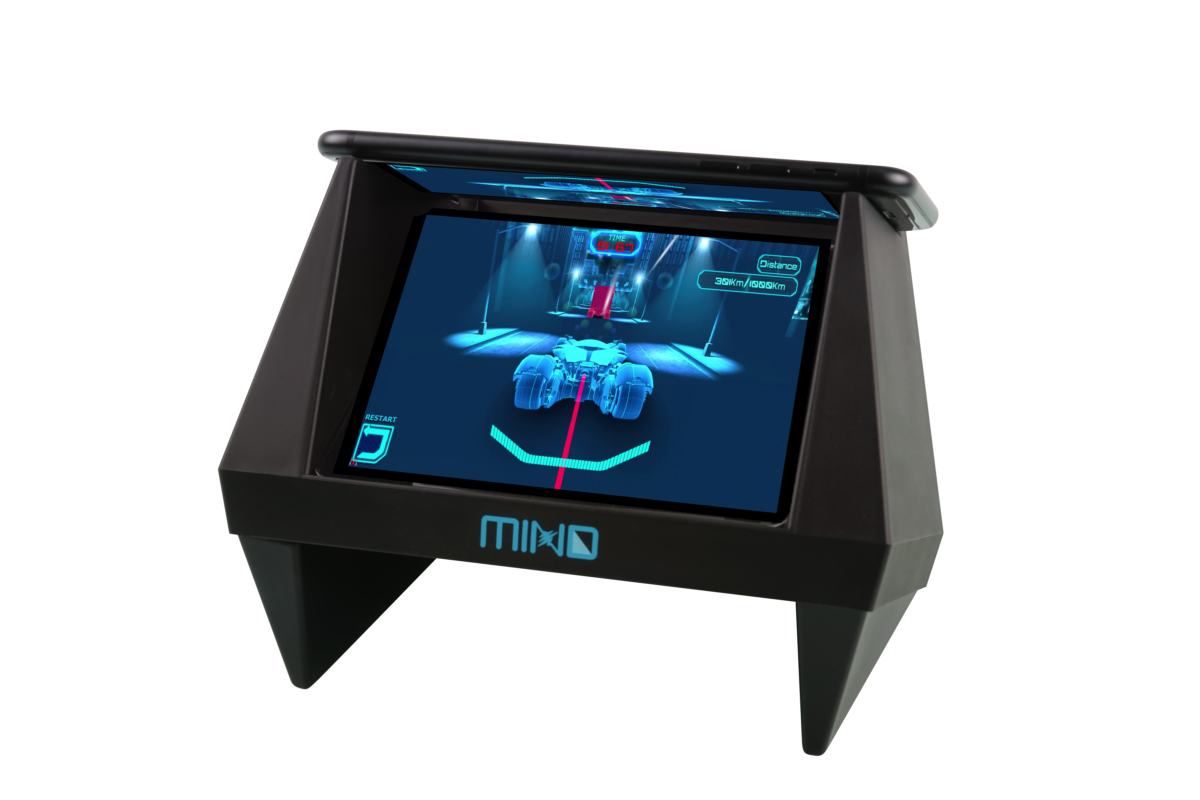 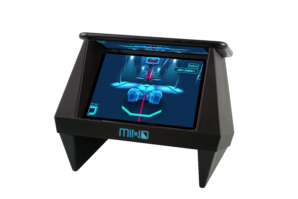 The mind is all-powerful with so much untapped potential. Now gamers can use this omnipotent organ to control the “Batman v. Superman: Dawn of Justice” title recently launched by Soap Studio. The company, which is devoted to creating high appeal tech toys, has certainly outdone itself with the introduction of an uber-exciting brainwave-controlled game system called M.I.N.D. This entertainment innovation merges brainwaves and holographic projection technology for a virtual reality-type game experience unlike any other.

The M.I.N.D. package, which currently retails for $139.99, comes complete with a headset and a holographic case called Holo-Box. The headset is what captures the player’s brainwaves and turns them into commands. It accomplishes this by measuring emotional changes, how hard the player is concentrating and even eye movements like blinking, which all convert into moves for the character you’re controlling in the game.

The lightweight Holo-Box component that comes with the set uses a smartphone to project a 3D realistic, cinematic movie effect. Simply lay your smartphone in the Holo-Box, which works as a projector of sorts. Ever portable and relatively compact, the game system can be played anywhere the user takes the three required components: smartphone, headset and Holo-Box. Gladly, M.I.N.D. is designed to work with both iOS and Android platforms.

The initial game offering, Batman v. Superman: Dawn of Justice, is availed as a free app and follows a similar plot to its cinematic namesake. Players traverse through the game as a threat to Gotham arises. Your task? To save the world, of course! The game, which follows convention, is made up of difficulty levels (3) and stages (30). As you finish each mission, another level is unlocked. The game starts with the player as Batman. Eventually, the player can rise in the ranks to become Superman.

In a released statement, CEO Adran Chong said, “The brain works as a muscle—the more you use it, the stronger it gets.” He points out that the game set isn’t only for entertainment, but can be used to gain better control of your mind and even behavior.

Soap Studio, a relatively new company that was founded in 2014, is a certified partner with DC Comics and Warner Brothers, Entertainment Inc., which explains the relationship between M.I.N.D. and Batman v. Superman. The company designs collectible and high-tech toys as well as lifestyle products, but they’re really breaking new ground for gamers with this M.I.N.D. release. They are also working on a way to adapt the new M.I.N.D. technology to work with select drones. I “think” many will be quite ready to give that a go as well!

As the Executive Editor and Producer of “The Luxe List,” Merilee Kern is an internationally-regarded consumer product trends expert and hospitality industry voice of authority—a travel, dining, leisure and lifestyle expert who spotlights noteworthy marketplace innovations, change makers, movers and shakers. She reports on exemplary travel destinations and experiences, extraordinary events and newsworthy products and services across all categories. Reach her online at www.TheLuxeList.com, on Twitter at www.Twitter.com/LuxeListEditor, on Facebook at www.Facebook.com/TheLuxeList and on Instagram at www.Instagram.com/LuxeListReviews.

***Some or all of the accommodations(s), experience(s), item(s) and/or service(s) detailed above may have been provided or arranged at no cost to accommodate this review, but all opinions expressed are entirely those of Merilee Kern and have not been influenced in any way.***

Filed under: Lifestyle, Technology
Share Tweet Pin G Plus Email
previous article: Found on the dark side of the moon – common sense
next article: Healthy Juices for a Healthier Breakfast