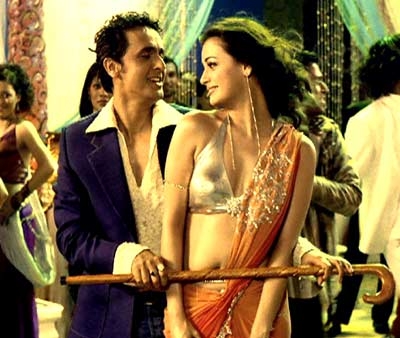 This synthesis from Bollywood  can bring a person to an end for a moment.

Her exquisite smiling countenance, her style of carrying herself and her kiddish nature, blends it all to make Dia Mirza , she is  undoubtedly the Princes of simplified beauty from the Indian Film Industry. Some of her Films include: Rehna hai tere Dil mein, Alag, phir hera pheri, Dus, Lage raho munna bhai.

Dia likes traveling, as she thinks it’s a great source of learning. She was working in for a salary of 5k as an executive, one day someone asked her to try for miss India, and that’s where her story to success started. Her father  was a German designer  who died when she was 9, later her Bengali mother Deepa married  to Ahmed Mirza who died in 2004. Dia has got her last name from him.