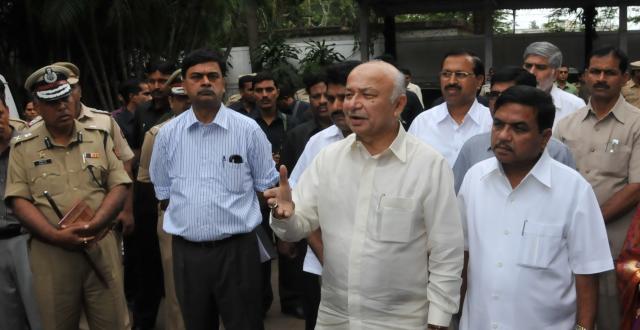 After four explosions rocked the second most important city, the western Indian state government of Maharashtra woke up to the security needs of the state. The government on Sunday announced more security for four important religious places in the state.

The religious shrines that have given more security cover include Shirdi in Ahmednagar district, probably the richest shrine in India after Tirupathi Tirumala in Andhra Pradesh; Siddhivinayak Temple in Mumbai, the financial capital of the country; Vitthal Temple at Pandharpur and Mahalaxmi Temple at Kolhapur. According to local news reports, deployment of security personnel at these temples has been increased


The state government had told the legislature last month that 12 religious places in the state are on the terror radar. The decision to beef up the security came after Chief Minister Prithviraj Chavan and Union Home Minister Sushilkumar Shinde held discussions with the senior police officers and investigating agencies at Pune on Saturday. Both the leaders refused to reveal anything about the direction in which investigation is heading.

Deputy Chief Minister Ajit Pawar held discussions with the police officials on Sunday and took stock of the investigations. He told media persons, "The state government has decided to give Rs 30 Crores ($ 5,380,683) to install CCTV cameras in Pune and Pimpri-Chinchwad. The municipal corporations of these cities as well as local public representatives will chip in with contribution for that. The work is expected to be complete in one month."


CM Prithviraj Chavan held a meeting of the officers investigating the incident for about an hour. He faced the media later but refused to divulge any details. “The matter is still under investigation. We can not speak whether it is a terrorist attack or not nor can we it was a mischief. Forensic report is yet to come. We will tell you once the report comes,” he said.

Union Home Minister Sushilkumar Shinde also visited the city, the first after he assumed the charge of his office. Speaking to media, he said, “Whatever may be the intensity of explosions or casualties, I would like to make it clear that central government has taken this incident very seriously. Ever since the blasts have taken place, all central and state agencies are on investigation. We will reach to its logical end very soon but before that nothing can be said. No possibility can be ruled out regarding the blasts.”