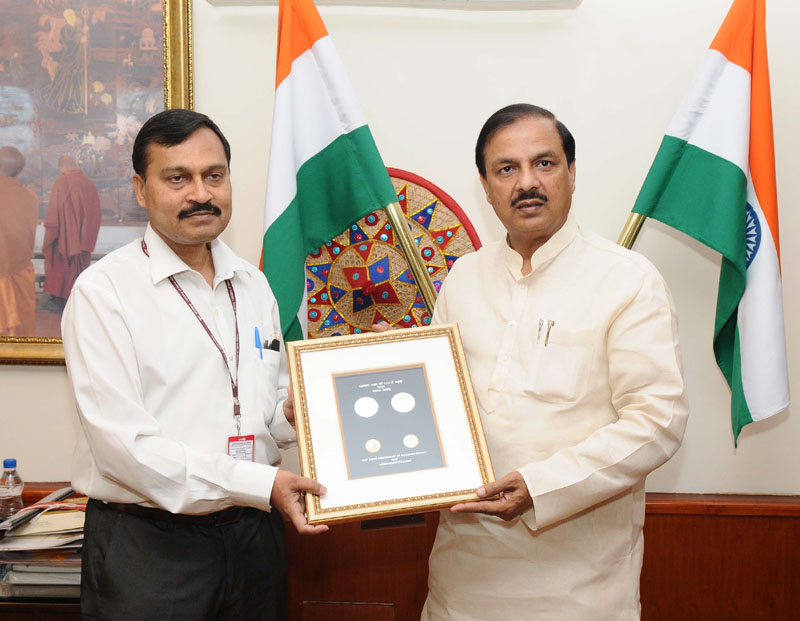 The Minister of State for Culture (Independent Charge), Tourism (Independent Charge) and Civil Aviation, Dr. Mahesh Sharma releasing a coin on Maharana Pratap, in New Delhi on May 09, 2016. The Secretary, Ministry of Culture, Mr. Narendra Kumar Sinha is also seen.

New Delhi (PIB-GR-TYP-BIN): As a part of 475th Birth Anniversary celebrations of Maharana Pratap, Union Minister for Culture and Tourism Dr. Mahesh Sharma released a Commemorative coin of Rs. 100/- and a Circulation coin of Rs. 10/- in New Delhi on May 9.

A brave warrior, successful organizer and ingenious strategist, Maharana Pratap, fearlessly fought the Mughals and protected his people until his death. The stories of Maharana Pratap who fought fearlessly to regain the prestige for his nation and people still inspire the present generation to do brave deeds for the honour of their motherland.