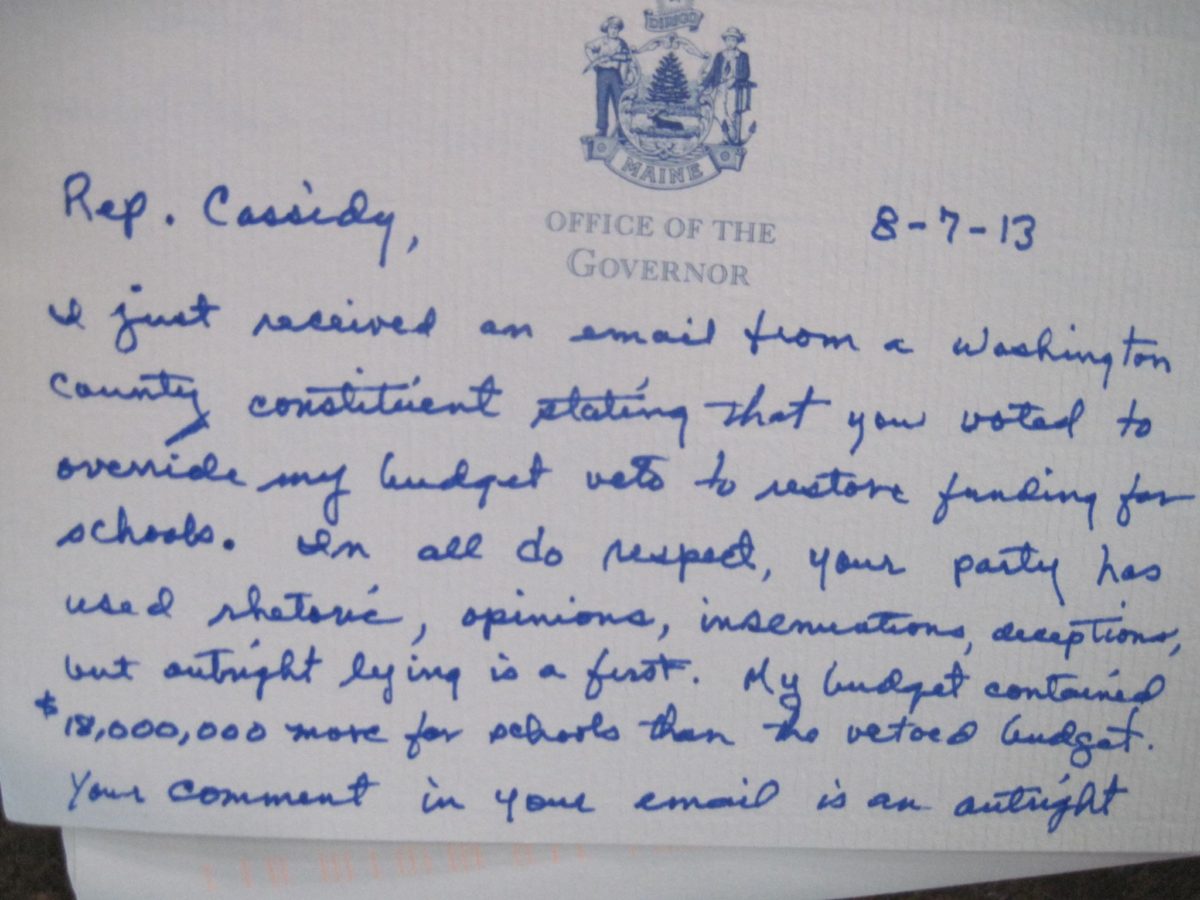 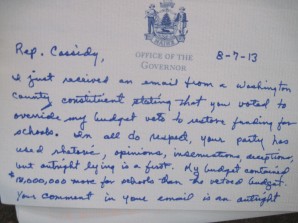 Her first thoughts were it could be a congratulatory letter for the first annual Bay of Fundy International Marathon which brought in 1,000 tourists and economic benefit to Washington County, Maine in June. But, no, not even close!

Here is what Mr. LePage wrote:

“8-7-13. Rep. Cassidy, I just received an email from a Washington County constituent stating that you voted to override my budget veto to restore funding for schools. In all do (sic) respect, your party has used rhetoric, opinions, insinuations and deceptions, but outright lying is a first. My budget contained $18,000,000 more for schools than the vetoed budget. Your comment in your (newspaper column) is an outright boldface lie. A new low for Democrats in rural areas. We have become accustomed to deception but lying is a new low. Regards, Governor Paul R. LePage.”

Katherine Cassidy states that “at least 50 other Democrats each received handwritten notes after the session ended for other reasons, so I guess me hearing from him was just a matter of time.”