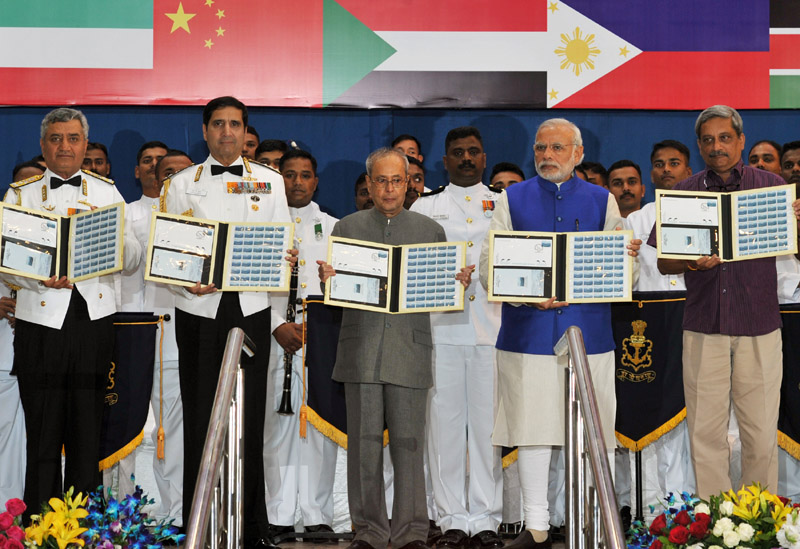 Economic Progress Of Nations Is Bridged To Safe Seas, Free For All To Use

Visakhapatnam (PIB-GR-TYP-BIN): The President said that it is today an indisputable fact that the independence and prosperity of all nations, and the peace and tranquility of the world, hinge upon the security and stability of the seas and the oceans. The concept of indivisible seas is today a political, economic and strategic reality. Economic progress of nations is bridged to safe seas, free for all to use. Maintaining stability of oceans is the shared responsibility of all nations and it is incumbent on them to synergise their efforts for the common benefit of the global community and to secure a better and more prosperous future for generations to come.

The Chief of Naval Staff, Admiral R.K. Dhowan hosted a banquet in honour of the President of India, Mr. Pranab Mukherjee this evening at Visakhapatnam on Feb 6.

Speaking on the occasion, the President said that International Fleet Review-2016 beckons nations across the world, to join in their quest to promote safety, security and stability across the oceans of the world. He was confident that IFR 2016, and all associated events, would enable them to further cement their bonds of friendship, and build on it to promote goodwill across the oceans.