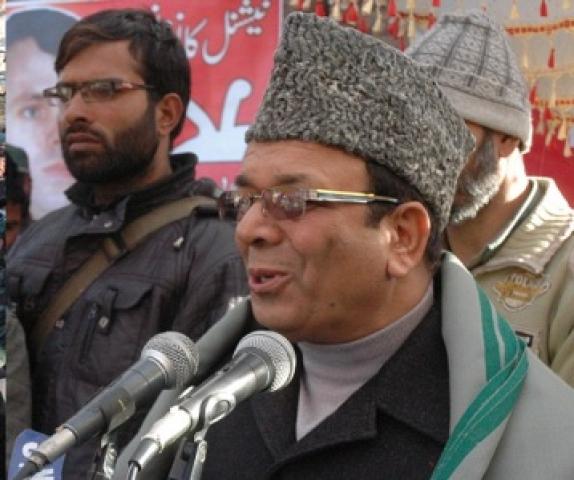 , February 7(Scoop News) –Reiterating that the remaining two years of the present dispensation will turn around the socio-economic emancipation of the State, the Minister for Finance and Ladakh Affairs,  Abdul Rahim Rather today said main thrust will be on creation of as many as possible job opportunities for the educated youth to tackle the burgeoning unemployment problem besides fulfilling other promises made to the people of the State.  He said about 80,000 vacancies will be filled up on fast track basis through various recruitment agencies in the next fiscal besides adding that job avenues will also be explored in self-employment sector.

Addressing a mammoth public gathering, after inaugurating a state-of-art business unit of J&K Bank at Panzan, Chadoora in district Budgam,  Rather said “we want to remove, gloom, despair and disappointment from the faces of unemployed youth and rekindle hope and happiness in their lives adding that all the possible job opportunities will be explored on large scale during the incoming days both in public and private sectors on war-footing and fast track basis”. “All the recruitment agencies have been directed to reactivate men and machinery for the proposed employment drive”,  Rather said, adding that a transparent mechanism will be put in place to ensure that every eligible aspirant gets adequate opportunity to appear in the interviews and try his luck.  Rather said given the voluminous figure of about 6 lakh educated unemployment registered with various Employment & Counselling Centres, recruitment of only 80,000 youth will not solve the unemployment problem and the youth shall make their mind for venturing in self employment avenues for living a dignified life.  He said under Seed Capital Fund (SCF) scheme of SKEWPY about 30 percent capital cost of the project is provided free of cost whereas the remaining amount is credited by the J&K Bank at lowest possible interest rates.

Rather cautioned the people against the sustained misinformation campaign launched by the political opponents against the coalition government especially N.C and its leadership to settle their political score and satiate their petty vested interests.