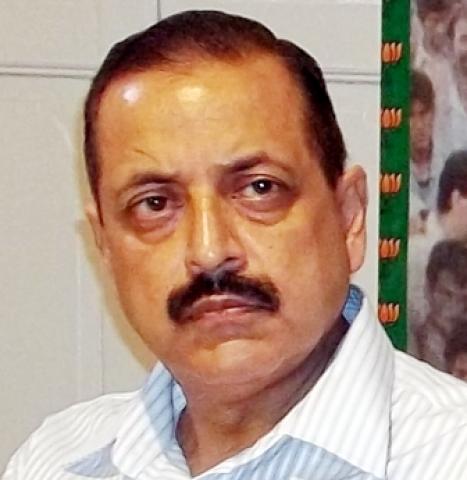 Jammu, May 31 (Scoop News) –Referring to chief minister’s announcement to hand over corruption cases against politicians and bureaucrats to State Vigilance Commission, BJP J&K Chief Spokesperson &  National Executive Member Dr Jitendra Singh said here today that any long-term drive against corruption can prove effective only when it starts from the top and when the institutions to check corruption  like State Accountability Commission (SAC)  and State Vigilance Organization (SVO) are made fully autonomous and independent of government control , a legislation is brought in to appoint a State Lokayukta and any instrument against corruption like the State RTI is allowed all the powers at par with the central RTI. For a a ruling party demanding Autonomy from the Center, it should not be difficult to understand the value of granting  autonomy to anti-corruption institutions,he said.
Dr Jitendra Singh said that in order to restore its eroded credibility of the last four  years,the coalition government will have to redeem its image of acting only against middle-rung officials or middle-rung politicians, and will have to be ready for an impartial inquiry against some of the notorious cases alleged to have been  mysteriously hushed up after clean chit from government’s self- appointed inquiry commissions. These include the  case of Haji Yousuf Shah who died under mysterious circumstances after alleging that huge money exchanged hands in lieu of a seat as MLC or a berth as minister and the Jammu Kashmir Cricket Association (JKCA) scam which involved not only embezzlement but also forgery by way of unauthorised withdrawals from official accounts, he added.
Quoting figures, Dr Jitendra Singh said that pilferage of enormous funds obtained from the Center had adversely affected development works and economy of the State while filling coffers of handful few. Citing examples of other States, he said there is a lesson to learn from the fact that States like Gujarat and Punjab were contributing more than 10 % to country’s overall Growth Rate of mere 5% while Madhya Pradesh was contributing 18.9 % to country’s overall Agriculture Growth rate of mere 3.5 % whereas a State like J&K,instead of contributing to country’s economy , was always asking for more from the Center on the pretext of militancy even though the chief minister claimed that militancy was under control  and it was time to revoke AFSPA.
Dr Jitendra Singh said the onus is always on the men in public life to set an example of integrity  and to that extent,the evidence based reports of certain ministers and bureaucrats having overnight made advance speculative purchases of large chunks of land at nominal rates in locations where they were privy to a  government plan of a new road or bridge or fly-over coming up in near future should also be included in the ambit of corrupt practices and suitable legislation brought in to check this violation of official oath of secrecy for personal gains.
Dr Jitendra Singh said,people are keenly watching  coalition government’s declared intent to root out corruption and this is going to be an important issue in the forthcoming elections in the State.