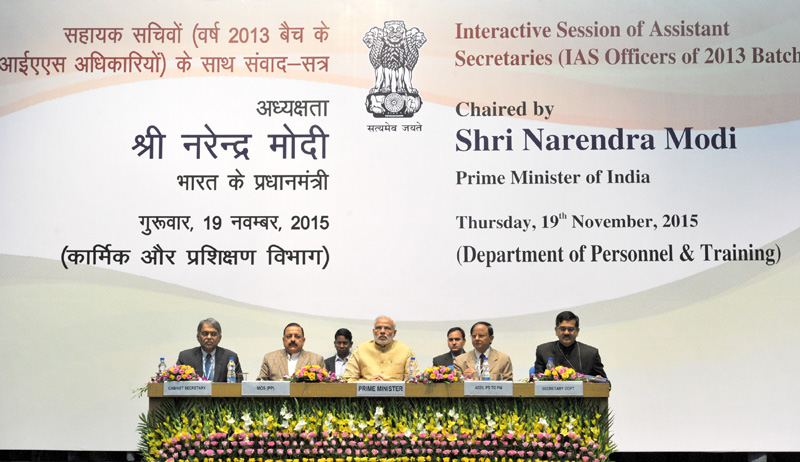 Work Hard And Take People Along To Bring Fundamental Change

New Delhi (PIB-GR-TYP-BIN): The Prime Minister, Mr. Narendra Modi held an interactive session with young IAS officers of 2013 batch on November 19. These officers have completed a three-month stint with the Government of India, as Assistant Secretaries. This is the first ever batch of IAS Officers to commence their career with a stint in the Central Government.

Addressing the officers, the Prime Minister exhorted them to make the best use of the first ten years of service, when they would be working in the field, and had the opportunity to contribute the most for the good of the people.

The Prime Minister said that very often, their new ideas and vision may meet resistance from the older generation, but the way to move forward is by working hard, and taking people along. The key is to integrate people, he added.