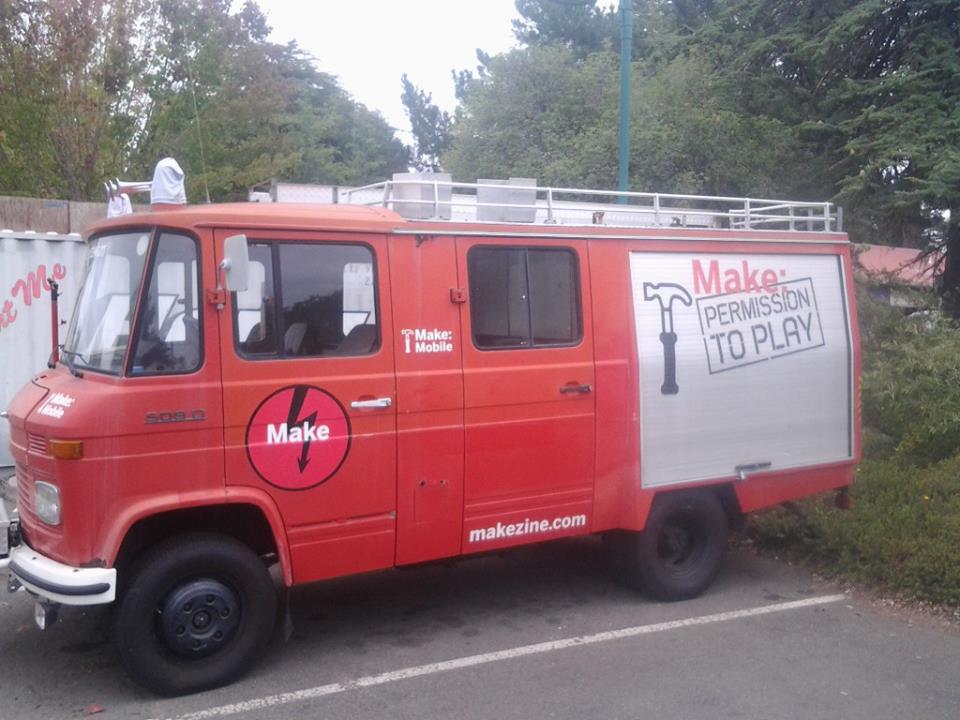 Ever wonder what it’s like to work at a really cool tech/media company? My girlfriend just landed such a job. A few weeks ago she was hired full-time at Maker Media. Earlier this year, Maker Media spun off O’Reilly Media to form its own company.

In a statement from Tim O’Reilly announcing the new company, “Many of the most interesting technologies of the next decade will involve innovations in hardware, not just software. The Maker movement, like all enthusiast movements, is a harbinger of deeper change.

What Dale Dougherty first recognized in 2005 when he published Make: Magazine and began Maker Faire was that there was a new upwelling of interest in making things, embracing everything from new technologies like 3D printing and other forms of advanced manufacturing, robotics, sensor platforms, to crafting and older hands-on technologies. The early projects in the magazine — aerial photography with kites, a programmable cat feeder made out of an old VCR, hacked robot dogs sniffing out environmental toxins — may have seemed trivial at the time, but they were a sign of things to come.”

This afternoon, my girlfriend showed me around Maker Media’s offices, workshops, and (yes) game room. Don’t you wish every office had a pinball machine?

The most impressive part of the tour included looking at all the different 3D printers. For those of you who have not heard of 3D printers before, they are pretty amazing machines. Wikipedia provides a simple description of the process, “Additive manufacturing or 3D printing is a process of making a three-dimensional solid object of virtually any shape from a digital model. 3D printing is achieved using an additive process, where successive layers of material are laid down in different shapes. 3D printing is also considered distinct from traditional machining techniques, which mostly rely on the removal of material by methods such as cutting or drilling (subtractive processes).”

In the workshops of Maker Media, young engineers and their interns are seen tinkering around with perhaps a couple dozen small 3D printers. Many of these “home” printers are rather affordable (a few thousand dollars) while others are out of the price range of most individuals. Here are a few photos of some 3D printers I saw. 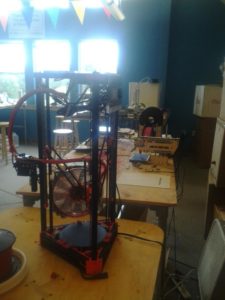 Interns were seen typing in code and programing software to create a wide variety of plastic items. 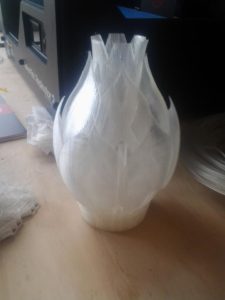 Make: Magazine is a Do-It-Yourself guide to creating all kinds of fun and often useful things. You don’t have to be rich to be a maker. In the most recent edition of Make: Magazine you will find nearly two dozen projects to build. Often the parts can be found in your garage, attic, or picked up at your local hardware store and retailers like Radio Shack. 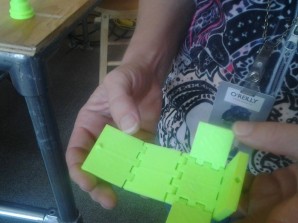 Aside from putting out an extremely cool magazine, Maker Media hosts the Maker Faires. Billed as “The Greatest Show (and Tell) on Earth—a family-friendly festival of invention, creativity and resourcefulness, and a celebration of the Maker movement.” 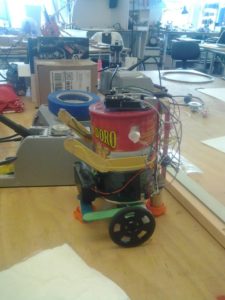 According to their website, the Maker Faire is, “Part science fair, part county fair, and part something entirely new, Maker Faire is an all-ages gathering of tech enthusiasts, crafters, educators, tinkerers, hobbyists, engineers, science clubs, authors, artists, students, and commercial exhibitors. All of these “makers” come to Maker Faire to show what they have made and to share what they have learned. 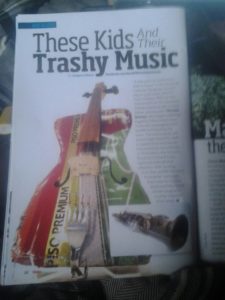 The launch of Maker Faire in the Bay Area in 2006 demonstrated the popularity of making and interest among legions of aspiring makers to participate in hands-on activities and learn new skills at the event. A record 165,000 people attended the two flagship Maker Faires in the Bay Area and New York in 2012, with 44% of attendees first timers at the Bay Area event, and 61% in New York. A family event, the vast majority attend with children. In 2013, over 60 community-driven Mini Maker Faires are expected around the world, including Tokyo and Rome.”

I have to admit, I’m a little jealous of my girlfriend’s workplace. Maker Media makes work look like fun…or at least worth doing. Check out Makezine.com. It’s exciting to see a company on the cutting edge of both technology and media.

Later this week I plan on going back to Maker Media to create my own 3D object. What shall I make? Ideas welcome.