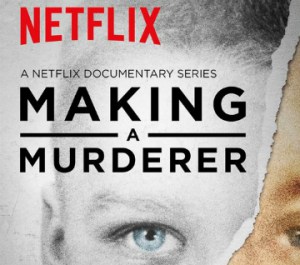 Historically, the wrongfully convicted have been largely ignored in the United States, but over the past decade the landscape has been slowly shifting. New exonerations regularly flood our news feeds, making the topic difficult to ignore. A week rarely goes by without hearing the news that another victim of wrongful conviction has been set free, often after spending decades of their lives locked in a cage as an innocent person.

According to the National Registry of Exonerations, 2015 was a record year for correcting wrongful convictions. The registry recorded 149 exonerations in the United States, which broke the previous year’s record of 125. Fifty four of the exonerees on the 2015 list were wrongfully convicted of murder. Disturbingly, five of those exonerees were on death row.

Due to the record number of exonerations in recent years, many people are just now coming to realize that wrongful convictions are a reality. This newfound surge of attention got a big boost this past December when Netflix debuted Making a Murderer, a ten-part documentary which details the murder of Teresa Halbach and the controversy surrounding her death.

This groundbreaking project, which was written and directed by Laura Ricciardi and Moira Demos, details the trials and convictions of both Steven Avery and Brendan Dassey, for the 2005 murder of Teresa Halbach, in Wisconsin. Avery is the primary focus of the series, based on his past history with the law. Avery served 18 years in prison as an innocent man for the sexual assault and attempted murder of Penny Beerntsen, before being fully exonerated in 2003. His exoneration came just two years prior to being charged with the murder of Halbach, in the same county, by the same sheriff’s office that had previously caused him to lose nearly two decades of his life. The series leaves viewers to wonder if the authorities who wronged Avery the first time, set out to frame him once again in an attempt to avoid paying out millions of dollars to settle a civil suit resulting from his wrongful conviction.

Only time will tell, but there is no doubt that the Netflix series currently looks to be a major boost for both defendants in this case. The documentary has certainly given Steven Avery an entirely new outlook on his future, as it has worked to convince powerhouse defense attorney Kathleen Zellner to take on his case. Zellner has made a career out of correcting wrongful convictions. She has currently won the exoneration of 16 wrongfully imprisoned men. Her statements on the Avery case show that she is not only determined to exonerate her new client, she also plans on finding the real killer or killers. 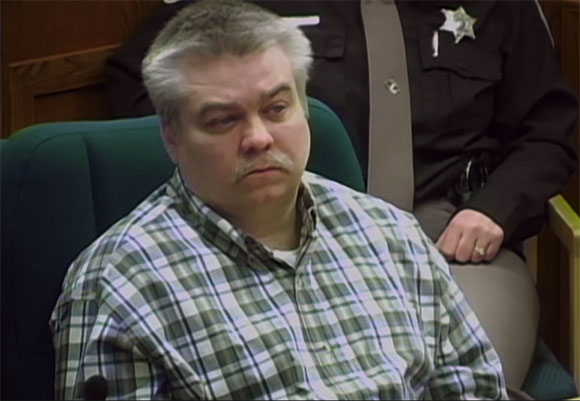 There is no doubt that Zellner is a game changer for Avery, who had previously been left to defend himself without an attorney. Avery no longer had access to a public defender because he had exhausted his appeals. His only hope now, is that new evidence will be discovered which could open the door for an appeal. If new evidence exists, Zellner’s track record suggests that she will find it.

Brendan Dassey’s lead attorney, Laura Nirider, recently discussed the impact of Making a Murderer on her client’s case, during a question and answer session posted on the Northwestern Pritzker School of Law website:

Question: Making a Murderer has been hugely popular. What do you hope a wide audience will take from it?

Nirider: “The first lesson of Making a Murderer, in my view, is that false confessions are a reality. I hope that when someone who has watched Making a Murderer is called to serve on a jury, and when that person hears that the defendant confessed, I hope he or she doesn’t immediately assume that the defendant is guilty. Just because someone confessed does not automatically mean that he or she is guilty. Period. And Brendan, sadly, is the poster child for that reality.”

Question: How, if at all, do you think the publicity will affect Brendan’s case?

Nirider: “In the world of wrongful convictions, context is everything. Before this series came out, Brendan was largely forgotten—or, when he was remembered, it was as a murderer. Now, finally, people are beginning to understand that the truth is quite different. That shift, alone, is invaluable.”

The case has taken the internet by storm. This flood of information has inspired a wave of new advocates to rise up in support of Avery and Dassey. As a result, countless conversations and debates have been spurred on social media, new websites have popped up almost instantly, and several online petitions have been launched.

People should use caution when wading through information online. Unfortunately, a few unsavory people have attempted to take advantage of the recent online frenzy for their own personal gain. A couple of fraudulent websites popped up early on that were able to collect large sums of money before anyone came to realize that the “donations” were not going to help Avery and Dassey. Thankfully those sites have been shut down, but not before thieves were able to make out with a lot of money.

Social media sites have been hit and miss when it comes to finding positive advocacy efforts for Avery and Dassey. I can state from experience that Facebook is an excellent platform for serious advocates who are looking to organize support for various causes. With that said, Facebook also provides a free playground for those who wish to latch onto high profile cases in an attempt to seek attention. When browsing Facebook, it is best to take a moment to look and see who is running the page or group. Knowing the source is always beneficial.

Those who make the decision to advocate for a case that is already commanding the attention of the world, will find that it will not be all that difficult to get people to support their efforts. A few of the efforts which were launched right after the Netflix documentary debuted, were quick to garner a great deal of attention, but hastily planned projects caused much of that energy to go to waste. Several petitions gathered thousands of signatures from people asking President Obama to free Avery and Dassey. The problem is that the President has no authority on the matter. One petition has now been edited to petition a judge, which is another wasted effort. Judges cannot allow their decisions to be influenced by petitions, as doing so would be grounds for disbarment.

Petitions supporting Avery and Dassey need to be directed at the state, but new petition efforts at this point will most likely come too late to have any significant impact. Any new projects will now have to hope that Netflix comes through with a second season of Making a Murderer, in order to gather even a small percentage of the support the first round of petitions attracted.

I have no intention of crushing anyone’s spirit, as I am a big fan of those who advocate for the wrongfully convicted. But people need to keep things in perspective. If you created a Facebook page at the beginning of the frenzy, you are not the main reason that your page has 100,000 likes. You can thank Netflix for that.

The truth is that many honest people dedicate enormous amounts of their time attempting to bring attention to cases they advocate for. And far too often, their pleas fall on deaf ears. I am part of an organization called Injustice Anywhere. Our first case was the Amanda Knox and Raffaele Sollecito case in Perugia, Italy. This was a high profile case, so we understand the benefits that attention can bring to an advocacy effort.

We currently have 11 cases highlighted on our main website (including the Dassey case), and a majority of those cases will never receive even a small fraction of the attention the Knox and Sollecito case received, or the attention that Avery and Dassey are currently receiving now. That will not stop us from continuing to fight for people like; Melissa Calusinski, Jimmy Dennis, Charles Erickson, Jeffrey Havard, Nyki Kish, Rodney Lincoln, Kirstin Lobato, Brian Peixoto , Darlie Routier, Jamie Snow, and David Thorne. There is a good chance that you have never heard of some of these people, or any of them at all, but I can guarantee you that their supporters have fought desperately to make their cases known. 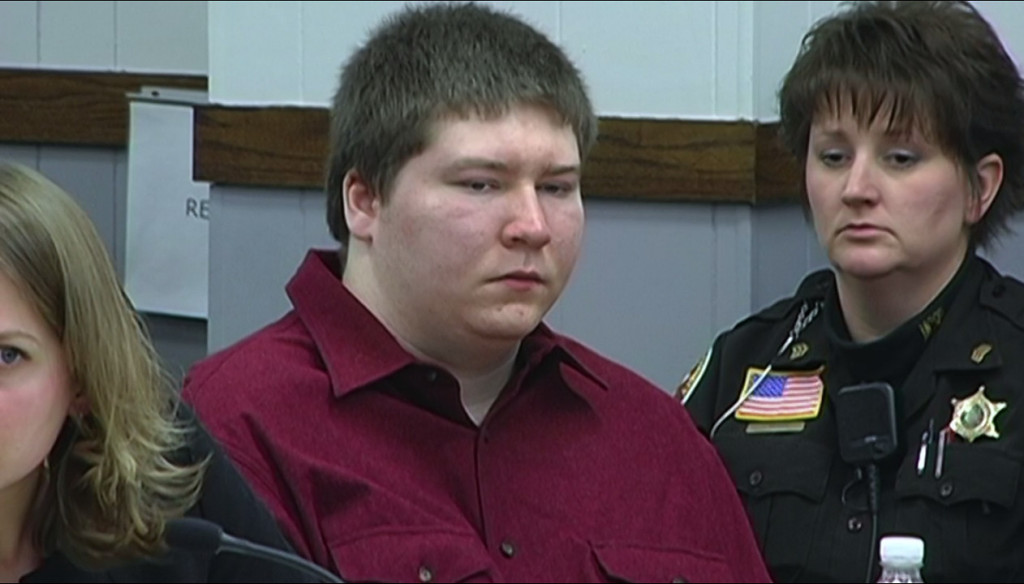 The bottom line is that Avery and Dassey need support, but they do not need a fan club. Fans screaming and cheering on social media, as if they are at a Justin Bieber concert, will do nothing to help the two. In fact, that kind of behavior can actually have a negative effect on public opinion.

On the other hand, strong well-reasoned public support can play a vital role in working to overturn a wrongful conviction. If the time comes when the State needs to decide whether or not to take either case back to trial, public opinion may very well be a factor. If the State feels enormous pressure form a well-organized and well-prepared group of advocates, they may decide that it is not in their best interest to take the case or cases back to trial. The Ryan Ferguson case is a perfect example of this. Ferguson had strong public support because the facts showed that he was 100% innocent. The state of Missouri made it clear that overwhelming public opinion in support of innocence played a role in their decision to not take the case back to court, after Ferguson’s conviction had been previously vacated by an appeals court.

When working to build public support, advocates for Avery and Dassey should consider following the advice of the defendants’ attorneys. Kathleen Zellner provides information on her website for those who may have tips on the Avery case and she also provides a link for those who would like to donate to Avery’s defense fund. Zellner is also very active on Twitter, keeping Avery’s supporters up to speed.

Brendan Dassey’s attorneys, Steven Drizin and Laura Nirider, are doing everything in their power to free Dassey, but their work does not stop there. Both attorneys are also determined to improve the system in order to prevent similar wrongful convictions from occurring in the future.

Drizin took on the Dassey case pro bono back in 2007, long before Netflix made it cool. Nirider came on board as Drizen worked to build a team to assist him on the case, and she has now become Dassey’s lead attorney. Dassey is not Nirider’s first high profile case. She also represented Damien Echols of the West Memphis Three. Echols, along with Jessie Misskelley, Jr, and Jason Baldwin, were released in 2011, after entering Alford pleas.

Drizen and Nirider have created an action agenda for Making a Murderer viewers who are looking for ways they can help. You can read their recommendations here. You can also visit the Bluhm Legal Clinic website to see the work Drizin and Nirider are doing to help correct wrongful convictions. You can also read about their efforts to encourage state lawmakers to enact new legislation which will work to prevent wrongful convictions in the future.

Steven Avery and Brendan Dassey need your help. Stepping up to help the wrongfully convicted is a commendable thing to do. If you are currently advocating, or if you think you may want to help, a little research will go a long way to help assure that your efforts are headed in the right direction. The advice from Avery and Dassey’s defense attorneys is an excellent place to start. It is also important to be sure to get connected with credible groups who are currently working to spread awareness of the case. A list of credible resources is provided below. If you follow these basic guidelines, you can truly help to make a difference.