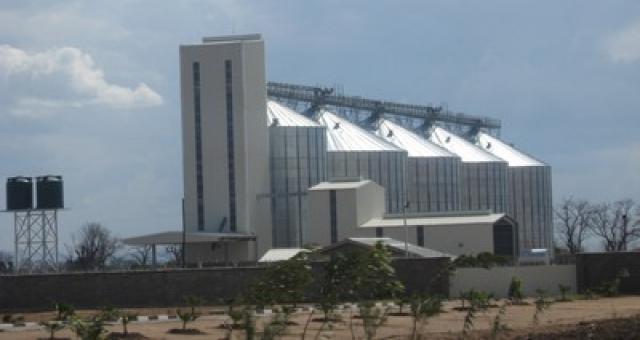 “Development” has been exercising the minds of Malawian bloggers lately. The approach has taken the form of highlighting efforts of Malawians abroad, Malawi’s much touted fertilizer subsidy program, Malawi’s presence at the Olympics and Chinese presence in Malawi, and a philosophical discourse on the problems that accompany the adoption of westernization as a development paradigm at the expense of tested and effective African ways.

Edna Bvalani writes on her blog Tadala about a group of Malawians based in the United Kingdom who have teamed up to devote themselves to assisting in the development of one of Malawi’s 32 districts, Chitipa. Titling her post Patriotism Spirit, Edna writes:

Most of the times you hear “people” asking their district assemblies, Members of Parliament or Non governmental organisations, to build them public toilets, school blocks, health centres and the list is endless. I strongly feel that Malawians are not patriotic in developing this nation. Think of cases where pupils are learning on an open ground or under a tree for many years. That school ever since it was opened, has produced cream of creams ranging from Doctors, lawyers, Managers, Executive Directors, Chief Executives and Entrepreneurs, the list is endless. But how come we are failing to mobilise ourselves to go back to our home villages and do something which will contribute to development.

The failure of the fertilizer subsidy program

The fertilizer subsidy program has attracted a lot of attention in the last three years, and has been a backbone of Malawi’s development efforts, owing to the country’s agro-based industry. Mercy Palamuleni comments on a Nyasatimes article that reported President Bingu wa Mutharika as admitting that his fertilizer subsidy program, much hailed around the world as a Malawian revolution, had failed. Mercy points out that subsidies work when strategically used as is the case in the West, but in Malawi wealthy farmers have the edge over poor farmers:

I understand that the main goal of the program is to help the small under resourced farmers. However, I always wonder how the average farmers are usually left out while the rich farmers can always find their way to coupons. I really wished our program would concentrate more on financing the average farmers who from readings seems to the majority of the commercial farmers. In the end, may be the system might be efficient if coupons are distributed to everyone.

Malawi in China, China in Malawi

Also featuring highly in Malawi’s development efforts in the last year has been the Malawi Government’s decision to switch diplomatic relations from Taiwan to Mainland China, a decision argued within the same development framework.

Buckaroo Thandi’s starts with Malawi’s participation at the Olympics. A friend texted her at 4am Malawi time from Wyoming, USA, about Malawian athletes being shown on TV, making Thandi regret not having a TV set. But the presence of China in Malawi is becoming central in Malawi’s development discourse, and Thandi is mesmerised by what appears to her to be a strange site on the streets of Lilongwe, the capital of Malawi: [G]etting to Mangochi was a bit of a marvel for me as I travelled on the Golomoti Road for the first time after it was tarred. I thought the road makes a quite a beautiful drive through the hills of Dedza into the plains on the Western side of Mangochi.

Obviously once the road connecting to Monkey Bay is fully constructed, it will really shorten the distance between the country’s capital Lilongwe and the Mangochi lakesides.

On the maize silos, Victor has posted a photograph of the new structures that are storing some of Malawi’s surplus maize production in the wake of food crises in the last six years.

Mzati Nkolokosa goes philosophical in looking at the underlying fissures in the way westernization is interpreted as development, leading to the abandonment of African ways of doing things. Mzati goes down a list of Malawian practices which when closely examined seem to have performed much better than the western ways being sought after to the detriment of Malawi’s cultural heritage. He provides examples in environmental conservation in contrasting areas which are denuded of their green vegetation versus those still lush and green, African traditional religions, African ways of governance which he argues are are equally democratic, Africans ways of caring for orphans, African ways of providing health care and safety valves, and African attire, among others.

Couching his analysis in development discourse, Mzati explains that:

Village heads are best suited to represent people in development matters. They know every person in their areas. Take your example. Your village head, most likely, knows where you live and work. He or she knows you by name. This is true of the rest of the people from your village.

Your village head knows the needs of the people better than a ward councilor. The challenge is that we have copied what we think are democratic structures from the West at the expense of our own democratic structures. This assumes that democracy is not African which is not true.

Mzati concludes by bringing together his examples into one overarching argument:

Not everything African is evil as we are made to believe. Using herbs as medicine is not evil. What is the difference between SP and a liquid from boiled peach leaves? They both cure malaria, only that the liquid has not passed through a factory. Is the herb at Limbe market evil because it did not pass through some factory in Mumbai, India?

It is time to reflect on our ways of life and discover those we believe will benefit us. There is a lot we are losing by abandoning everything African and adopting everything western. Agriculture is just one example. Manure from animal waste is a lot better than fertiliser that is destroying our land.