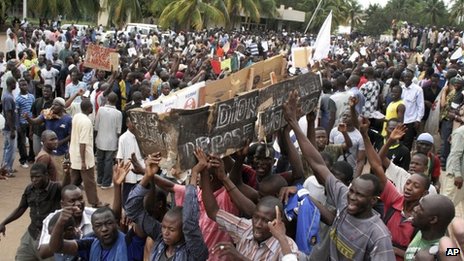 Dioncounda Traore, the actual transitional president of Mali, was attacked yesterday in his office next to the presidential palace by a mob of protesters. The president was inconscious when he arrived at the hospital.

This shocking news unfolded a day after the Economic Community of West African States where the leader of the opposition, Amadou Sanogo, was asked to stop announcing publicly that he still had the control over the country. It seems that M. Traore found a way to remain for another year in office, which was the reason why demonstrators got upset and went on a lynch.

If Traore arrived to the hospital unconscious, he left the place the same day on his feet.