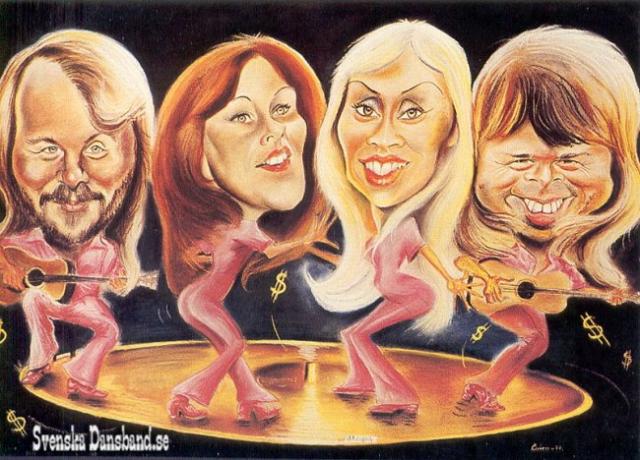 ABBA was a Swedish pop music group,which was active between 1972 and 1982.

The name is formed by the first letter of each member´s first name.

Their popularity grew,and they have done tours including Europe,the United States,Canada,Australien,New zealand and south Africa.

The group won the Eurovision Song Contest in Brighton 1974,with the song ´´Waterloo´´.

ABBA is one of the world´s best-selling band,and has sold more than 400 million records worldwide.

They still sell about 2-3 million records a year.