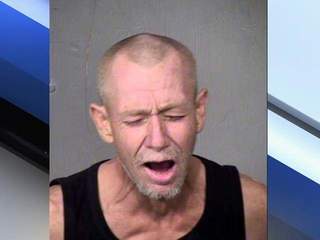 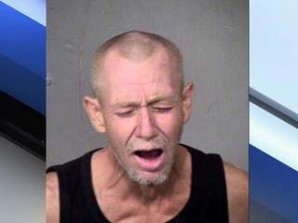 An ABC news affiliate in Phoenix, Arizona reported on a security breach at Sky Harbor International Airport on Thursday December 26, 2013 at around 5pm.

According to the report the man was apparently inebriated at the time:

“Robert Edward Bump, 49, scaled a roughly 9-foot, barbed wire topped fence at about 5:30 p.m. at Phoenix Sky Harbor International Airport before running out onto the tarmac and banging on the engine of an arriving Southwest Airlines plane.

We tried unsuccessfully to contact police to ask if the suspect showed any signs of being cut by barb wire from the supposedly 8 ft tall fence topped with razor wire he was said to have scaled at the time.

Phoenix Police officials refused to comment on any aspect of the case with me, but did talk with local media sources – none of whom asked any specific or pointed questions regarding the actually breach itself. Not unusual in these kind of circumstances especially when dealing with entertainment based news organizations affiliated with major news networks like ABC news who often fail to get at important aspects of the story they cover – this case was no exception.

In an 2005 incident after a man driving a stolen vehicle was able to crash through a wrought iron barrier and drive onto the taxiway (source: Task Force looks at perimeter security at Sky Harbor http://archives.californiaaviation.org/airport/msg35424.html).

There was also a 2004 incident when a man got through screening and X-ray with a knife (source: http://seattletimes.com/news/nation-world/airportinsecurity/breaches/).

The latest incident has officials re-visiting perimeter security at one of the top 10 busiest airports in the United States.

A quick look at satellite maps of Sky Harbor reveal that the airport runway “buttresses” the dry Salt River bed which has also been an ongoing security concern because anyone can access this area within a few hundred feet of the runway.