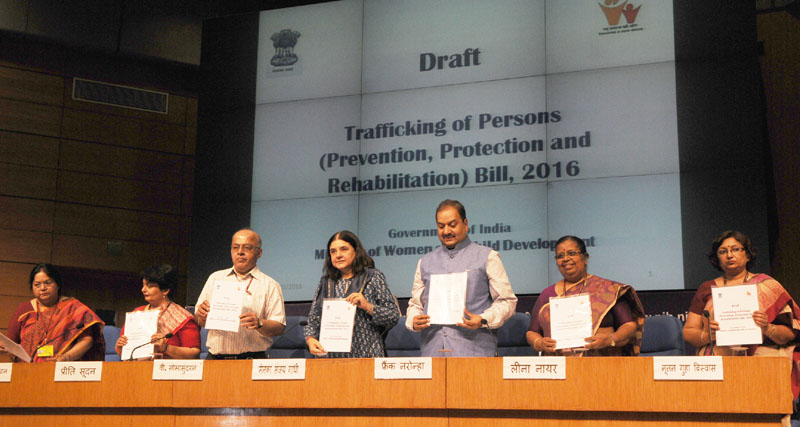 New Delhi (PIB-GR-TYP-BIN): The Minister of Women & Child Development Mrs. Maneka Sanjay Gandhi released the draft “Trafficking of Persons (Prevention, Protection and Rehabilitation) Bill, 2016” in New Delhi on May 30, for further stakeholders consultations and comments. The Bill aims to create a strong legal, economic and social environment against trafficking of persons and related matters.

Speaking on the occasion, Mrs. Maneka Sanjay Gandhi said that the Bill is victim oriented and makes clear the distinction between the ‘trafficker’ and the ‘trafficked’. The WCD Minister said that the draft Bill plugs loopholes in existing laws and brings within its fold additional crimes pertaining to trafficking which don’t find a place in the existing laws.

Secretary WCD, Mr. V. Somasundaran highlighted the enormity of the problem of trafficking in the country. He disclosed that trafficking is the third largest organized crime and time has now come to deal with it through a single comprehensive Act.