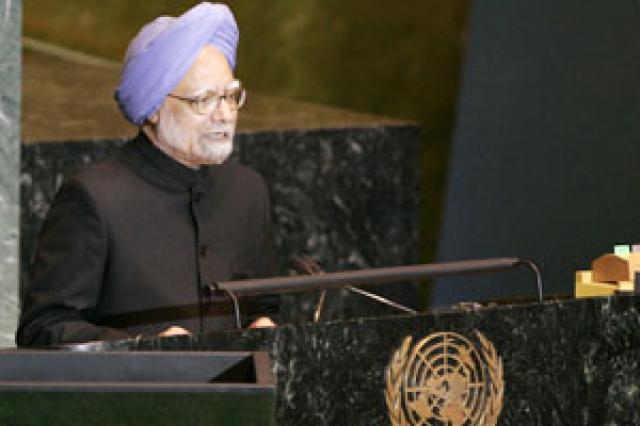 Singh has said in his address that it is vital to strengthen international cooperation to combat terrorism and bring perpetrators of it to justice.

Referring to the present structure of the United Nations Security Council, Singh has said that the composition of the council needs to change to reflect realities of 21st century.

He also said that there is need for international initiative to bring structural reform in world’s financial system.

Filed under: Politics, World
Share Tweet Pin G Plus Email
previous article: “Greater Autonomy is the only answer to problems in Hills” CPIM
next article: Ground Report has fewer readers but more writers