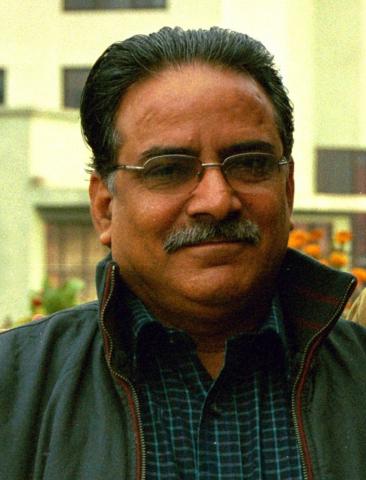 Nepal’s Maoist Supremo and former Prime Minister Pushpa Kamal Dahal Prachanda left Kathmandu on Monday for Singapore for political exploration regarding the country’s current political stagnation. Nepal faces the toughest challenges that originated from the sharpened conflict between those in favor of the overall transformation of the Nepali society and those engaged in the final struggles to preserve the status quo.

Prachanda said publicly that he wanted to see his supporters and well-wishers in Singapore.

Former Prime Minister and Nepali Congress President Girija Prasad Koirala is undergoing a medical treatment in Singapore for his respiratory complications. Prachanda said he would meet him too.

Besides, Prachanda is expected to meet an Indian professor, S D Muni based in a Singaporean university.

Some say Prachanda went to Singapore after Professor Sukh Deo Muni, with longstanding relationship with some senior Maoist leaders in Nepal, has talked to Koirala in hospital.

If Prachanda, at the call of S D Muni, has gone to Singapore for political conversations with Koirala or anybody else, this will undermine his political dignity and the collective spirit of the Marxist principle, which his party wants to adhere to.