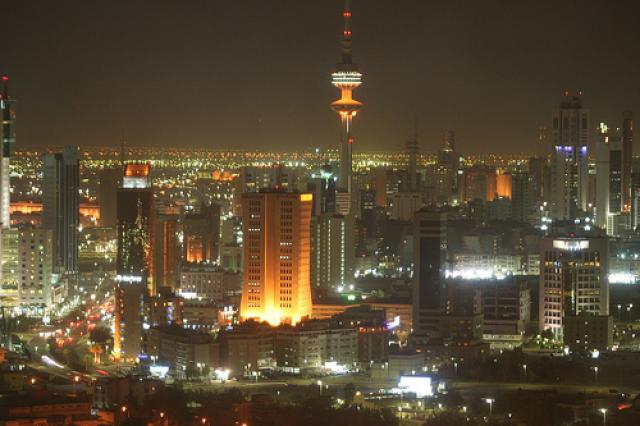 Just as there is March Madness in the US, the phenomena seems to have spread to Kuwait – not for basketball but elections.
For starters, the Government has resigned, writes Forzaq8, who further explains:

It has thrown the Towel

They may dissolve the parliament which would suck , because that mean voting will be on June ( when the parliament is dissolved , the election is set up to be 2 month after day of dissolving ) and June is hot as hell and I’m planning to travel in June

The Emir, who was away, returned to Kuwait and accepted the Government’s resignation – and then dissolved Parliament.

Khaled Al-Otaibi, over at Enter-q8, posts a short sentence in which he describes what needs to be fixed in Kuwait (Ar), using computer terminology.

It’s of no use, my friend,
the Parliament has been dissolved twice
and the people voted back over 70 per cent of its old members
the government resigned more than once
and change, it changed more than once

Restart does not work

neither does Turn off

and we can’t leave the country on stand by

what’s left other than format

Moving on to other matters, Intlxpatr notices the designs of the pedestrian overpass in a newly constructed road and compliments the highway planners.

Yesterday on 5th ring, we saw the beginnings of the new pedestrian overpasses, which are anything but pedestrian in their design.
Look at that! Not only do they honor the architectural element of the wind tower tradition in Kuwait, but they will also allow pedestrians to cross safely to the other side. For all the derision we heap on highway planners here, they deserve a big pat on the back for these.

Rampurple, meanwhile, talks about her mini tour of old Kuwait and asks a question:

How would a Kuwaiti feel about a non-Kuwaiti activist? Is it “proper” for me to get involved and start acting or will I be told “if you don’t like it go back home” or “keyfna! deyretna!” (It is up to us! It is our country!)

OutlawQ8 snaps a few pictures of “The Fifth International Cultural Festival” being held at the university he is currently attending in Egypt.

We had “The Fifth International Cultural Festival” in our university and today was the last day of the festival, it was great watching all other countries culture and to see all the good stuff about other countries

Radiantguy goes the extra mile, and gives us the whole translation of “Al Dhameer Al Arabi” (The Arab Conscience) operetta.

It’s extends for more than 40 minutes, I according to the director, it’s might get into the Guinness book for longest non stop song in the world.

It features more than 100 Arab artist, singers, actors, hosts…Etc, and talks about war using real archival videos of events took place in the whole world between 1998 to 2008.

The song is very touching I translated it to English but some parts made non sense because as I always says translating an Arab poem will make it loses the power of it.

And last but not least,
The Criticizer over at Macaholiq8 attended a Conference on education in Kuwait and this is what he had to say about it:

I was assigned to attend Kuwait Teachers Society conference held in Ramada Hotel the past few days. They were discussing the outcome of our educational system and how to improve it.