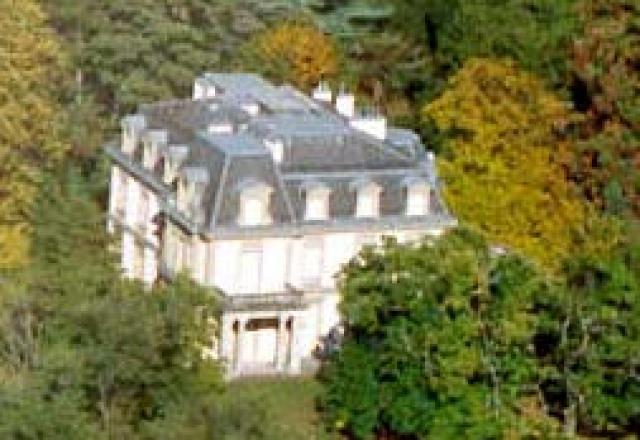 In 2001, country super star Shania Twain and her reclusive producer husband Robert "Mutt" Lange moved to their remote chalet in Tour-de-Peilz, Switzerland, to get "away from the spotlight." Canada.com reports that since moving there, they have "led a quiet life"  and that "while there have been press reports that their marriage was in trouble, the couple remained together, but rarely ventured out in public."

Now it appears that the Swiss chalet may have been their downfall.  Specifically in the form of Marie Ann Thiébaud, the secretary and manager of their Chateau de Sully, which boasts 46 rooms and is set in 500 acres.  The website SwissCastles.com shows multiple views of the grandiose estate that Marie Ann Thiébaud managed.

Gossip sites are aflutter with the news, which was broken by People Magazine. Twain, 42, and Lange, 59, married in 1993 and have a six-year-old son named Eja.

When asked about his affair with Marie Ann Thiebaud, Lange said "It’s absolutely not the reason [for the separation]," initally failing to denounce the claim. Lange then said the assertion was untrue, adding that "I’m not, no," he said. "It’s not true."