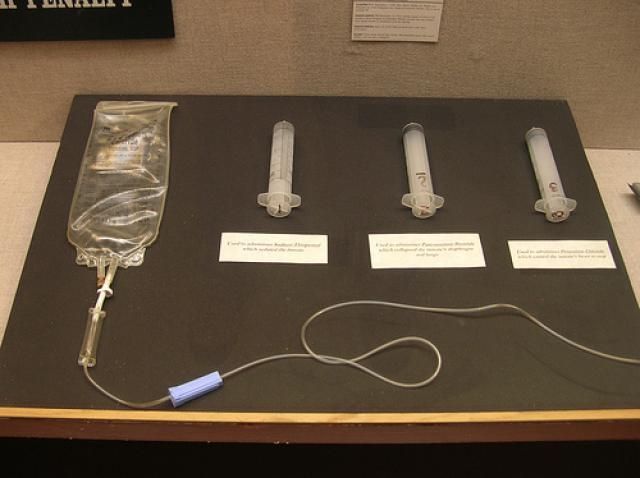 Mark Dean Schwab is scheduled to be executed via lethal injection at 6 p.m. tonight in Florida. This morning, Schwab’s attorney’s appealed to the Supreme Court for a stay of execution.

Mark Dean Schwab is on death row for the 1991 rape and murder of 13 year-old Junny Rio-Martinez. If he is executed today as planned, his death will be the first execution in the state of Florida since the December 2006 execution of Angel Ruiz, an execution that was highly criticized as a failure. After the injection, Ruiz remained alive for 34 minutes, almost twice what is normal.

Mark Dean Schwab’s attorneys look at the Ruiz case and the dismal 70 percent success rate of recent execution rehearsals as evidence that Florida is not fit for humane executions. Schwab was granted a stay my the Supreme Court in Novemer, 2007 but, unless the high courts grant him another one before 6 p.m., he will be executed later today.

Check back to GroundReport for continuing coverage.