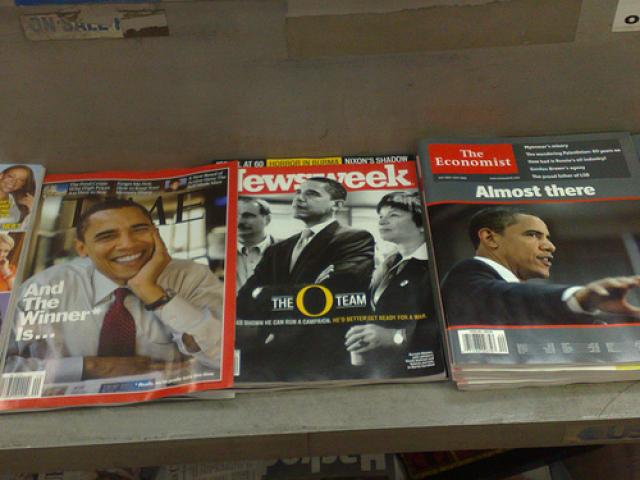 That bundle you recently lost in the stock market? Stop weeping and look at the bright side. Think of it as your share of an investment in the nation’s future. Because face it: Many voters are so uninformed – or, more damaging, misinformed, by the likes of Fox News – that they might not have tuned in to the Republican-made wreckage without this economic meltdown. And, yes, McCain and Barracuda Borealis (thank you, Maureen Dowd) might have won. As it is, it could take decades to mop up the toxic Bush-Cheney political waste. But a McCain presidency (which, thank all the gods, no longer seems likely, in part because of credit default swaps, whatever they are) could have been the true end of days.
So the old investing rule applies: think long-term.
Speaking of which, McCain should be thinking long-term, too – not about his portfolio (I hear tell he’s pretty solvent) but about his legacy. He might still have time. If, right now, he stops the attacks, the lies – and clamps that pit bull’s lips shut – he just might be remembered as the decent man he once seemed to be. Otherwise his obit will read: “He ran the sleaziest campaign ever.” Think about it, John.
As for cute little Sarah – sorry, no long-term redemption possible. Whatever happens, I’m afraid you go down as a national joke.

Filed under: Opinion, Politics
Share Tweet Pin G Plus Email
previous article: How to Give a Back Massage?
next article: So you want to be a starving artist pt. 1