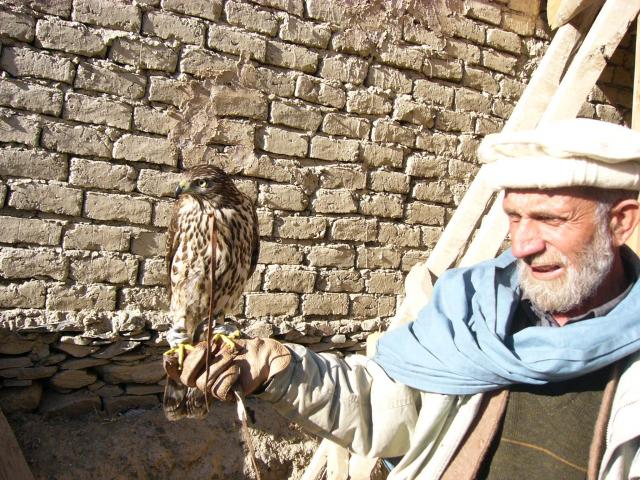 Markhor (Kashmiri) hunting at Chitral.
Report Gul Hamaad Farooqi
CHITRAL:  Being a big district of NWFP having total land 14850 square kilometers Chitral having a unique geographical and topographical location in the country. The most rare origin wild animals living here since long. Chitral is famous in the world for Kalash community having the international importance in the world and wild life in the region. Conservation of Markhor and Ibex existed since Mehter regime (the then Ruler of Chitral State). The then Rulers entertained their guests at their hunting huts. After merging of Chitral State in 1969 with Pakistan wild life department was also handed over to Wild Life Department of NWFP Government in 1971. Through a notification of Commissioner Malakand Division Chitral goal, Drosh Goal, Porat goal, Toshi and some other areas were declared reserved and protected areas. Wild Life was established here in 1975 but trophy hunting was exercising since state regime. Hence Markhor hunting was launched in 1983 to enthralled members of Safari Club International USA. And a Markhor hunting trophy was auctioned in 5000 US $. But selling of Markhur hunting permits was introduced in 1988 until 1990 in open market. A Markhor hunting permit was budded in $ 15000. Government of Pakistan banned wild goat and wild sheep hunting. But in 1997 Pakistan was permitted for Markhor trophy hunting in CITES conference at Zimbabwe but that was conditionally that local community must be involved for conservation and management of Markhor and wild life.

After that wild life department issuing Markhor hunting permits and the first Markhor hunting permit was issued in 1998 @ $ 18000 and three permit were issued to some foreigners hunters. But it was issuing in open auction and its rate was also increased in budding. Recently its rate was increased upto $ 81000. Mr. Oyvine Christensen of Norway hunted a Kashmir Markhor at Toshi conservation area whose horns were measured 46.5 Inches. There are also other wild life of rare origin in Chitral like Ibex, Snow Leopard, Himalayan wild cat, Black and brown Bears, wolf, Jackal, Fox, etc.

Recently a Norwegian Hunter hunted a Markhor with the cost of 81200 US Dollars. The Markhor was carried in front of Chitral Airport for photo session. Talking to this scribe Mr. Christian said that this is my third time in Pakistan and first time I hunted a big size Kashmiri Markhor. He said that this is a very rare origin Markhor and not available in other countries of the world. He said Chitral is a very peaceful area and I feel very friendly and pleasant environment. He suggested other tourist of the world to must come to Chitral and enjoy this peaceful and friendly environment. He posed with Markhor for photographers with different angle.

Shahzada Sikandarul Mulk president of Al-Burkhan Village Conservation Committee (VCC) was also present on the occasion who facilitated international hunter. Shahzada Gul General Secretary of  Alburkhan Village Conservation committee  said that a Markhor hunting permits is offering in open budding and after proper auction it is issued to successful bidder. He said we provide full protection to hunter and guide him as well as fully support in Markhor hunting. Imtiaz Hussain Division Forest Officer Wild Life said that there are more than 2000 Markhor in two conservancy while total number of them is round about 3000. He said some 30 permits have been issued to international hunter in the last 10 years.

Dead body of Markhor is carrying to a safe place for scanning. Its leather is separating along with its horns, legs and head while its meat is distributing among watchers and other guests. Shahzada Mir Hasanatud Din said that my father Shahzada Burkhanud Din was arranging for conservation of Markhor since 1950. He said that Markhor leather is separating and decorating in trophy houses by foreigners.  He said that Chitral having Kashmiri Markhor and Ibex also available here in different conservancy. He said its horn is measuring upto 40 to 72 Inches. He said that these Markhor is not available else except Chitral. Sher Gulab a local Scanning specialist is separated Markhor leather (skin) and its stub is cleaning with salt and send to Islamabad for further cleaning and onward sending to Holland and other countries to prepare and fill it as trophy. He said that Markhor body is standing at drawing rooms along with its horns and legs as a decoration piece.

The local people also arranged a musical concert to express their happy and pleasure on the occasion of Markhor hunting. A local person belongs to Royal Family of Chitral told that we often arrange a musical Evening as and when a foreigner hunts a Markhor to express our happy and satisfaction to jubilate it because this is the only source of income for our area.  An other old person from the same family who was ringing a gultar (Sitar) said that we both young and aged persons express our happiness after Markhor hunting in our drawing rooms, which is equally participated by all segment of the society.
G.H. Farooqi PO Box No. 50 GPO Chitral Pakistan Phone No. (92) 0943-302295, 414418, 03025989602
Website: www.dailychitral.com
Email: gulhamad@gmail.com,gulhamaad@yahoo.co.uk, gulhamad786@hotmail.com